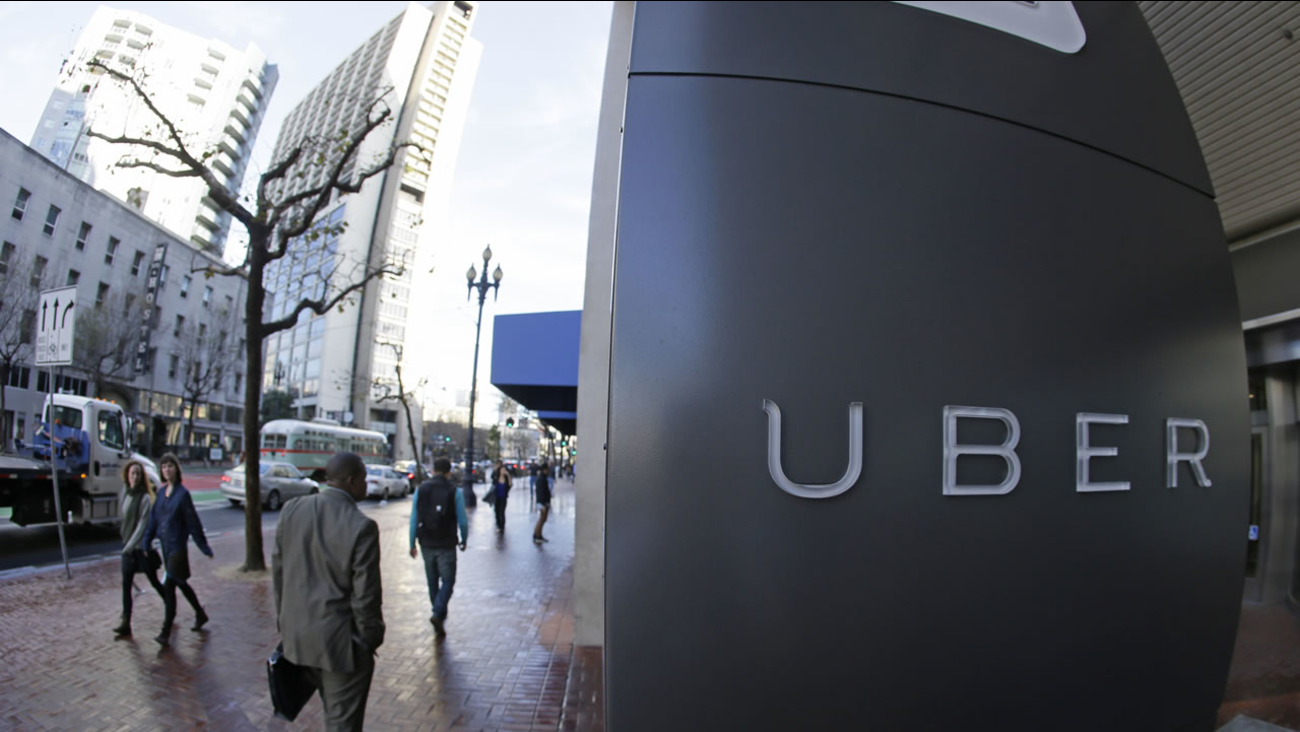 In this photo taken Tuesday, Dec. 16, 2014, people go past the headquarters of Uber in San Francisco. (AP Photo/Eric Risberg)

SAN FRANCISCO (KGO) -- San Francisco-based Uber is apologizing to a same-sex couple claiming they were discriminated against by an Uber driver in London.

The two say they were told to get out of the car because they were kissing and cuddling.

Corey Watts and Jordan Sloan were thrown out by the Uber driver before they ever made it to their destination on New Year's Day.

Watts and Sloan claim the driver became uncomfortable when the couple began showing intimacy in the car.

An Uber spokesperson is calling the incident unacceptable and has apologized to the couple.