Truck carrying beer overturns on I-580 in Pleasanton 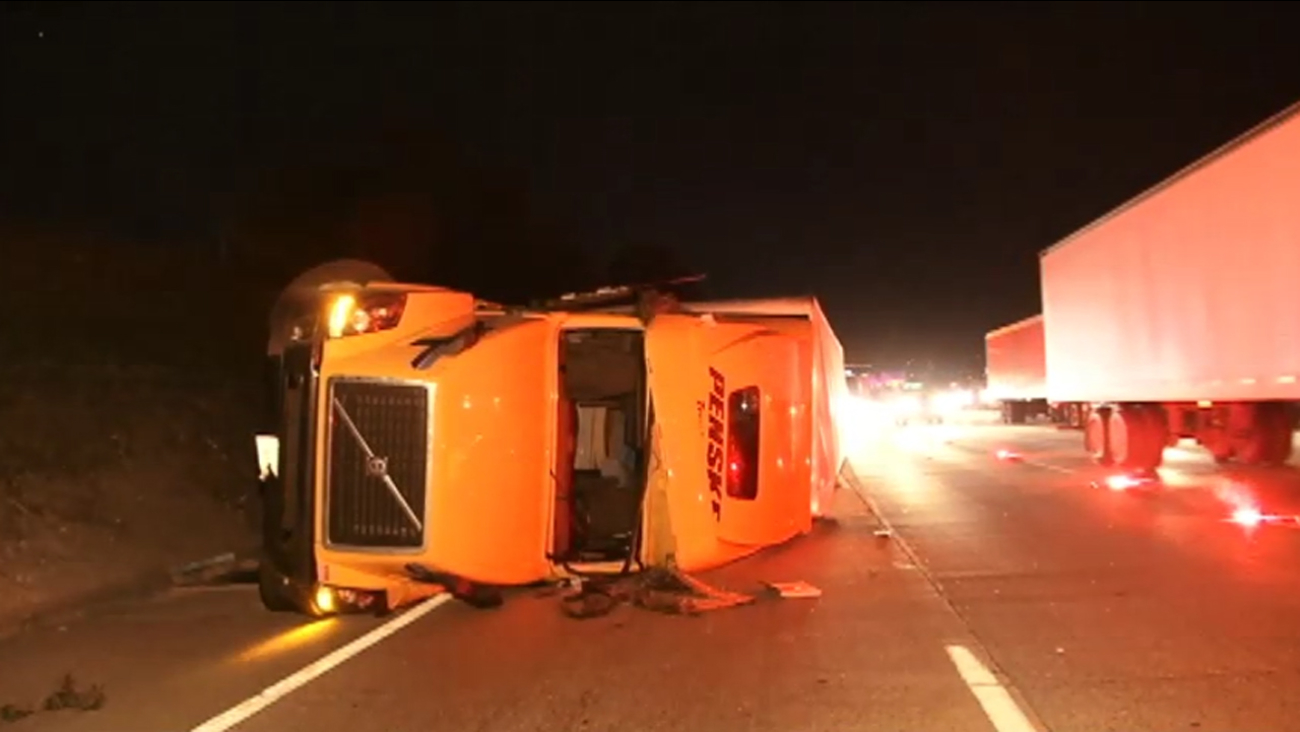 Truck turns over on I-580 in Pleasanton.

The driver had a coughing fit while hauling the beer on westbound I-580 just past Foothill Road at 3:12 a.m., CHP officials said.

While the doors of the trailer opened and some of the load fell out, the biggest challenge in removing the truck has been getting the heavy trailer back upright.

The 45,000 pounds of beer need to be removed before the trailer can be moved, Hill said. The cans of Coors Light and Pabst Blue Ribbon were on their way from Los Angeles to Richmond.

The truck driver was taken to a hospital with a complaint of pain but any injuries he suffered were minor, Hill said.