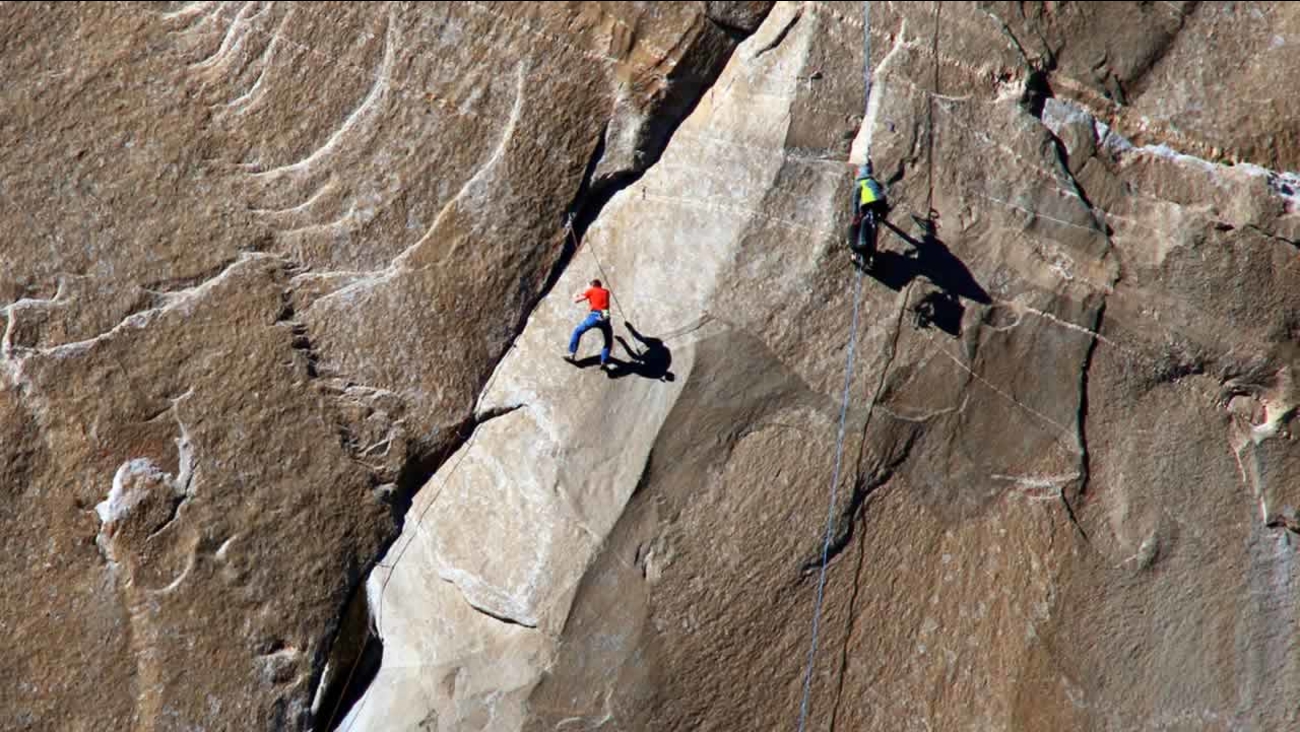 In this Dec. 28, 2014 photo provided by Tom Evans, Tommy Caldwell ascends what is known as pitch 10 during a free climb of a El Capitan in Yosemite National Park. (AP Photo/Tom Evans, elcapreport)

Kevin Jorgeson of Santa Rosa and Tommy Caldwell of Colorado have been scaling 3,000-foot El Capitan, the world's largest granite monolith, for 12 days using just their hands and feet. If they finish, they would be the first to climb the half-mile Dawn Wall route using ropes only to catch their falls.

The route has 32 sections, called pitches. Caldwell's wife's blog says he reached Pitch 18 Wednesday and aimed to finish Pitch 20 Thursday. But Jorgeson is fighting Pitch 15, which has sharp holds that are ripping the skin off his fingers. 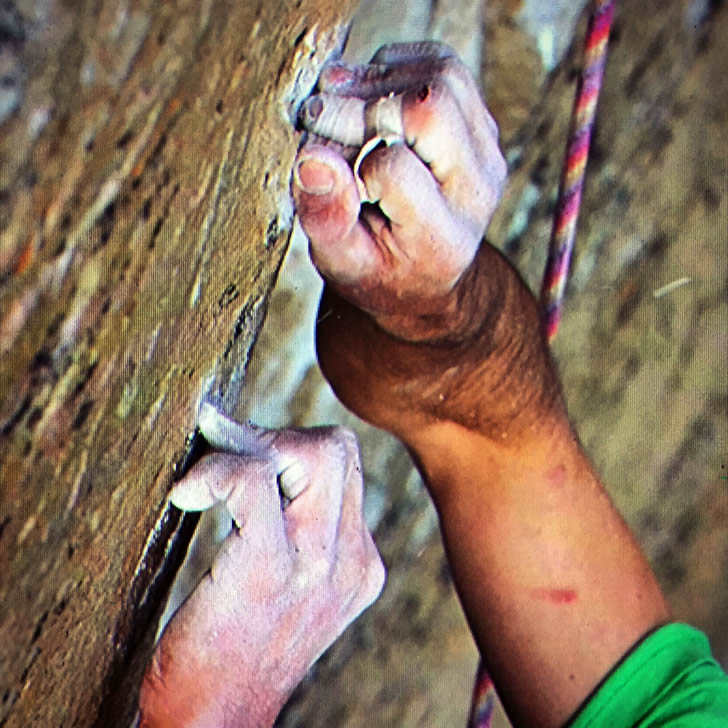 In this Jan. 5, 2015 photo provided by Tome Evans, Kevin Jorgeson grips the surface of the Razor Edge during a free climb of Yosemite's El Capitan. (AP Photo/Tom Evans, elcapreport