London Breed tabbed as new president of board of supervisors 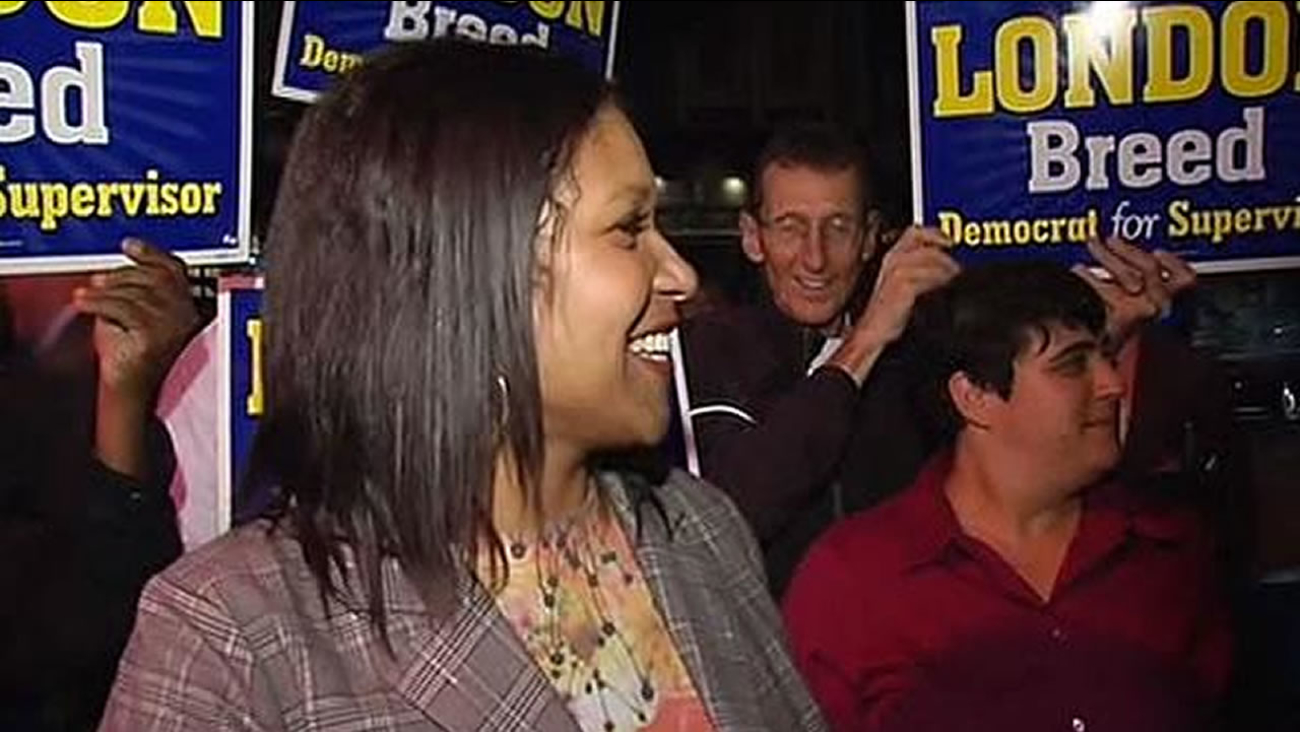 London Breed was elected Thursday as the San Francisco Board of Supervisor president.

SAN FRANCISCO (KGO) -- San Francisco Supervisor London Breed beat out Supervisor David Campos in an election Thursday by the members of the Board of Supervisors for the seat of board president.

Hundreds of people, many dressed in their Sunday finest, gathered inside San Francisco City Hall Thursday afternoon to witness not only the election of a new board president, but also a swearing-in ceremony for re-elected supervisors and newly appointed District 3 Supervisor Julie Christensen.

Following the inauguration ceremony, Cohen nominated Breed for board president, saying that Breed has what it takes to lead the board.

Cohen said Breed "is a talented woman" who is courageous and smart and said she believes Breed "crafts policy with love."

A number of Breed's colleagues and friends endorsed Breed during the public comment period, saying Breed grew up in the city's public housing projects and serves as a mentor in the community.

Breed was elected to the seat of board president with eight votes. Avalos, Campos, and Kim voted in favor of Campos.

Breed, who is the first black president of the board, takes over for Tang, who had a brief tenure as president that started in November after former board president David Chiu was elected to a seat in the state Assembly.