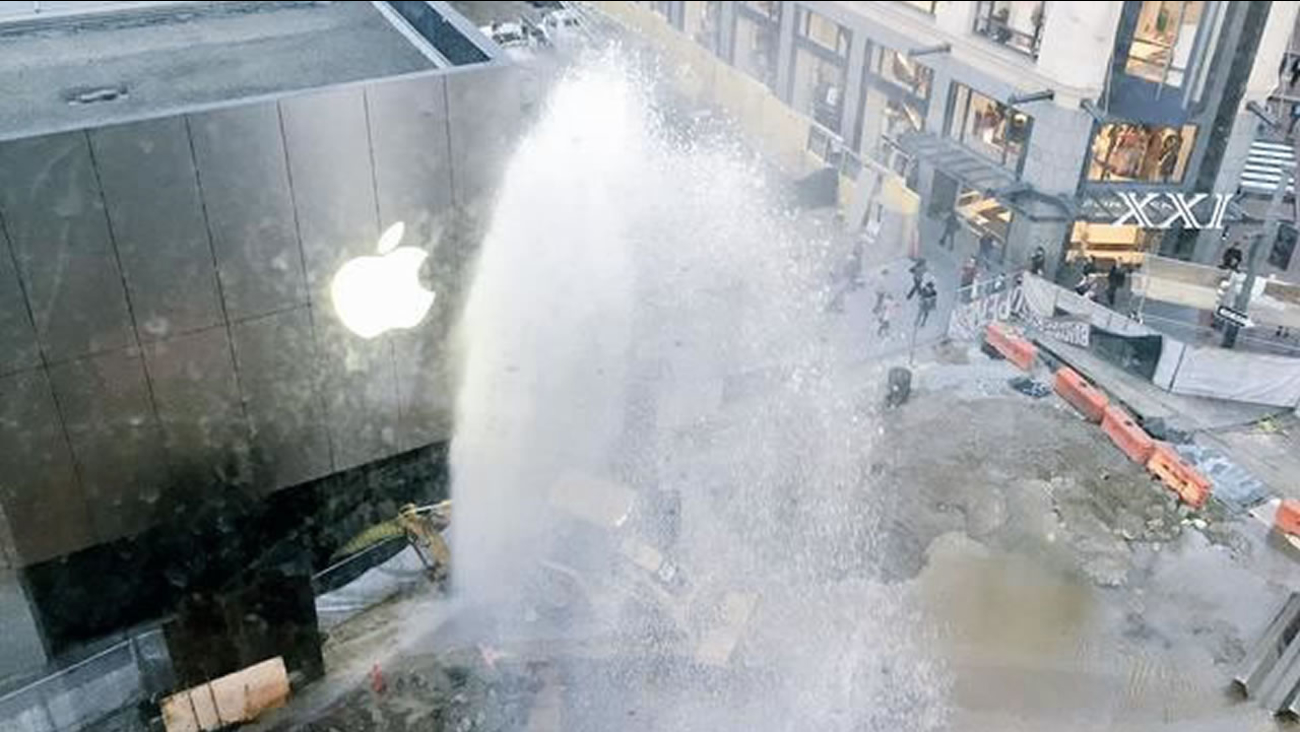 A construction contractor struck a fire hydrant causing water to briefly gush into Ellis and Stockton streets in downtown San Francisco. (Submitted by @its__amandaaa via Twitter)

SAN FRANCISCO -- A construction contractor struck a fire hydrant causing water to briefly gush into the street in downtown San Francisco Monday afternoon, according to a utility spokesman.

San Francisco Public Utilities Commission spokesman Tyrone Jue said the damaged hydrant was reported around 4:55 p.m. near the intersection of Stockton and Ellis streets, less than a quarter of a block from Market Street.

Jue said the San Francisco Fire Department shut off the water soon thereafter and that the SFPUC is planning to make repairs to the hydrant in the coming days.

The water flowed into storm drains and the streets in the area are open, according to Jue.