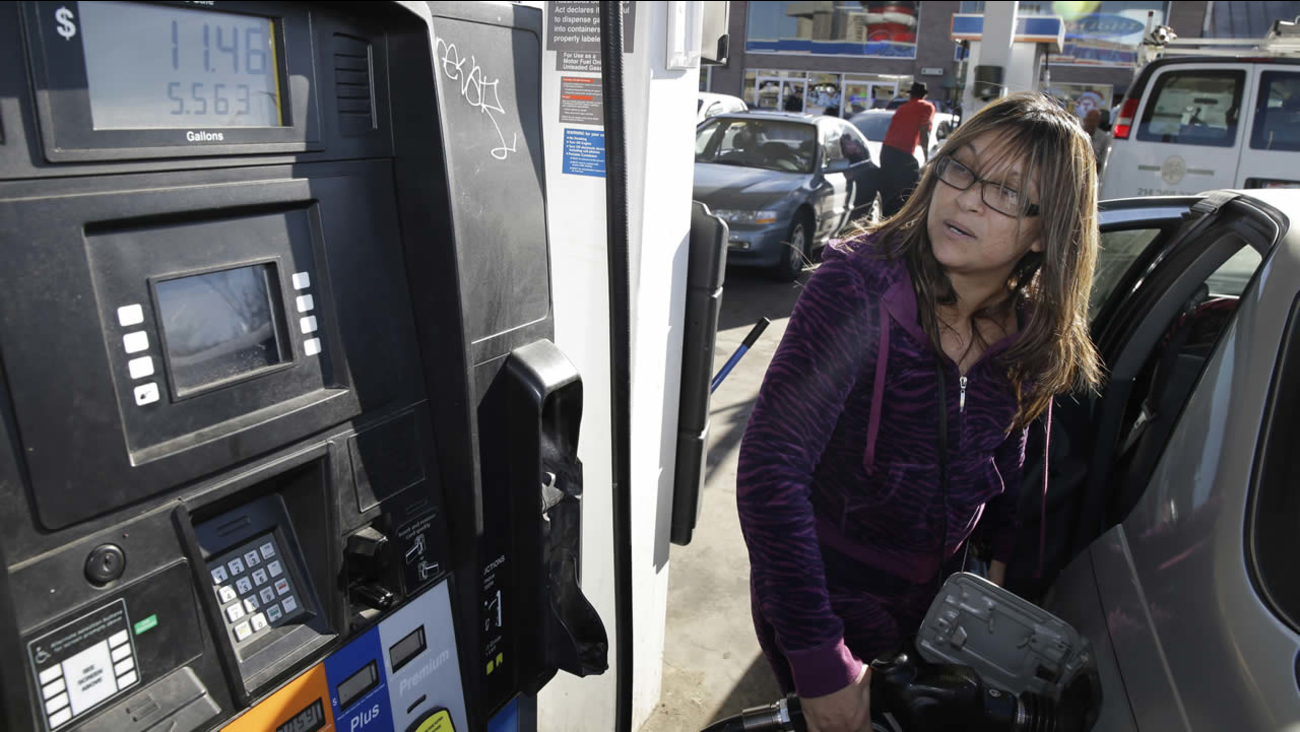 Several gas stations here in the Bay Area are selling regular gas for $2.19 a gallon. (AP)

SAN FRANCISCO -- The average price for a gallon of gasoline in California has dropped to $2.58, down by 39 cents since a month ago, according to the American Automobile Association's Northern California chapter.

In the Bay Area, the average price of gas is currently $2.61, down 38 cents from the last survey taken Dec. 9, according to AAA.

The state's gas prices are still well above the national average of $2.12, which is testing low prices not seen since May 2009, according to AAA.

Several gas stations here in the Bay Area are selling regular gas for $2.19 a gallon - that price at the Costco gas stations in San Jose and Santa Clara.

And at the Gas and Shop station in East San Jose if you pay cash.

AAA officials said the reduction in gas prices is tied to the global price of crude oil, which has declined due to weak demand and strong supply.