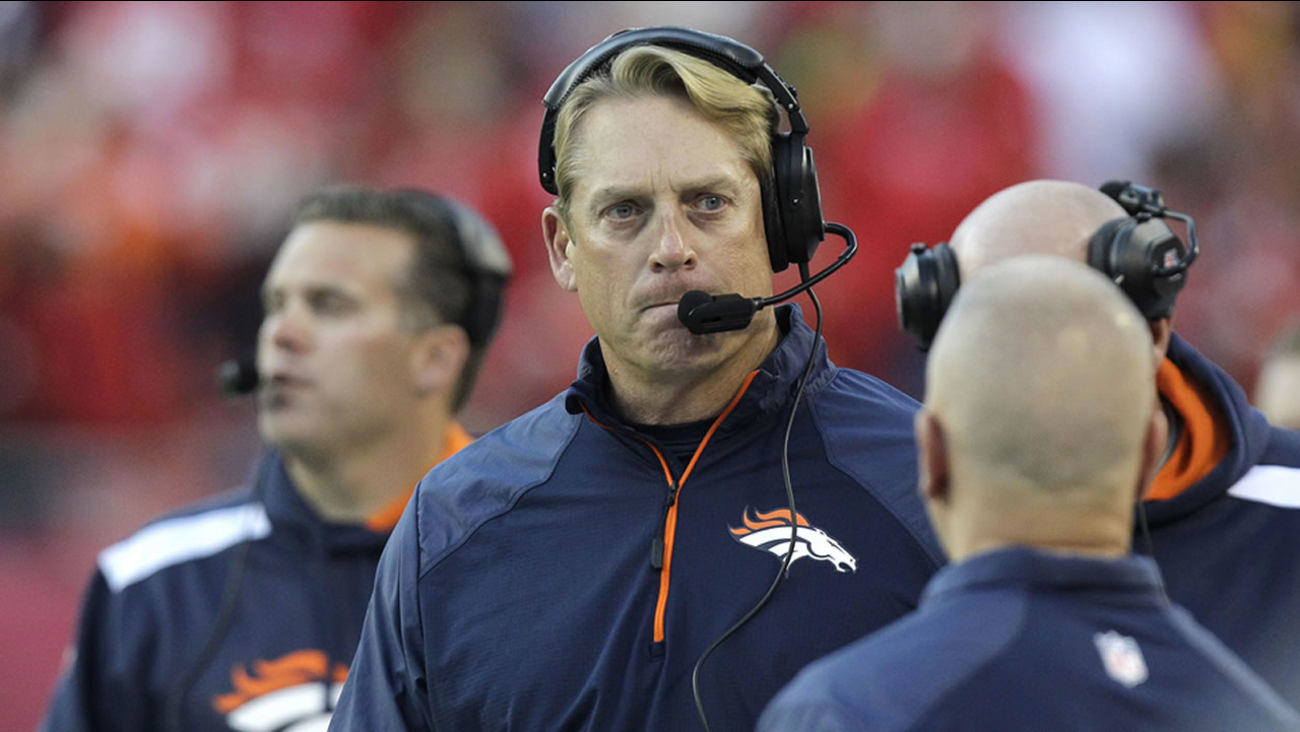 Jack Del Rio is leaving the Broncos to become head coach for the Oakland Raiders.

HAYWARD, Calif. (KGO) -- The Oakland Raider's new coach Jack Del Rio has a long history here in the Bay Area where he grew up in Hayward and was a Raiders fan. His family even had season tickets.

"We played freshman football together. The coach would send the defensive assignments in from the sidelines and Jack on occasion would overrule the coach and call his own defense," said Miller.

Jack became a star athlete here at Hayward High, not just in football, but in basketball and baseball.

"He was the biggest toughest, meanest and probably smartest guy on the field, so he was a perfect teammate," said Miller.

He turned down Major League Baseball to take a football scholarship at USC. Then he played 10 years in the NFL. He was that linebacker who always wound up with the ball.

Del Rio's coaching career took him up and down the East Coast, and then to Denver, but he never forgot about Hayward. In fact, they still know him pretty well at Hayward High.

Hayward High School also has a proud history in football. For starters, Del Rio's father, Jack Senior, was a coach.

And speaking of coaches, there's another name you might recognize -- legendary 49ers coach Bill Walsh was also a Hayward High School graduate.