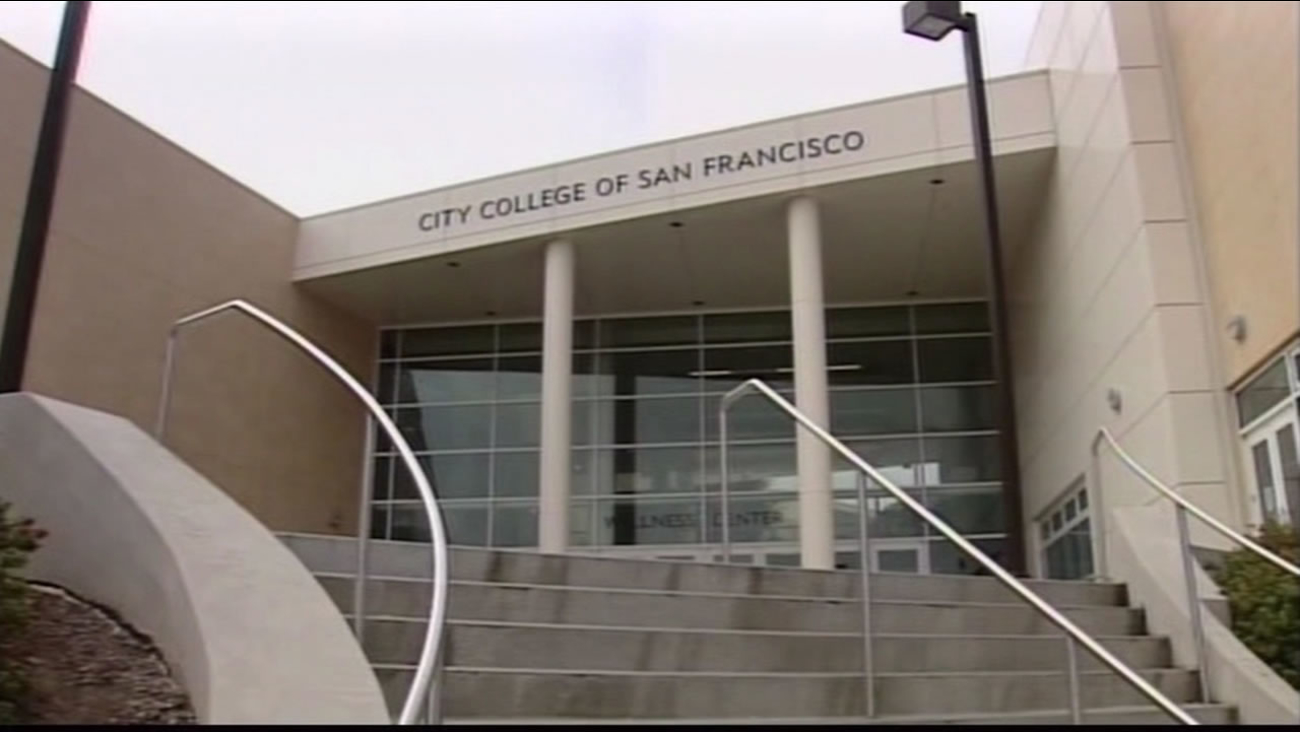 City College of San Francisco has been given at least two more years to fight for its accreditation.

SAN FRANCISCO -- City College of San Francisco has been granted restoration status by the Accrediting Commission for Community and Junior Colleges, giving the school at least two more years to fight for its accreditation, which remains threatened.

The western regional branch of the ACCJC today announced its decision to grant restoration status to City College, more than two years after the commission initially placed the college on "show cause" status and later planned to terminate its accreditation, citing issues with the school's finances and governance structures.

The announcement by the Novato-based commission comes just prior to a judge's expected ruling in a civil lawsuit filed by City Attorney Dennis Herrera against the ACCJC, alleging that the commission violated the state's Unfair Competition Law and unfairly sought to remove the college's accreditation.

The restoration status, which is effective immediately, is a newly created process that allows CCSF to remain accredited and provides the college with two years to come into full compliance with the ACCJC's eligibility requirements, accreditation standards and commission policies, according to commission president Barbara Beno.

The decision to grant the college restoration status was voted on by the ACCJC at a three-day meeting last week, but wasn't announced until today.

Among other claims, the lawsuit against the ACCJC contends the commission had a conflict of interest because Beno's husband, a dean at Laney College in Oakland, served on an evaluation committee; that the committee had too few academic members; and that the commission failed to give the college adequate notice and opportunity to respond to the alleged deficiencies.

Deputy City Attorney Sara Eisenberg contended in the closing arguments of the trial that the restoration process is not a fair remedy because there is no appeal after the final outcome of that effort and because successful restoration would require 100 percent compliance with all standards, instead of the "substantial compliance" normally expected of community colleges.

Instead, Eisenberg stated that City College's accreditation process should be restarted.

According to a statement released by the ACCJC today, the commission said, "the College, assuming a concerted and good faith effort, has the ability to resolve these issues within the two-year period."

Until then, CCSF will need to come into compliance with all accreditation requirements, Beno said.

In 2016, the college will undergo an evaluation for reaffirmation of accreditation and then in 2017, the commission will review the college, according to the ACCJC.

The commission said the college's accreditation is being challenged after the college failed to address requirements first identified by the ACCJC in 2006.

In 2013, the ACCJC planned to terminate CCSF's accreditation, but the termination was suspended and the college remained open because Judge Curtis Karnow issued a preliminary injunction keeping the accreditation in place pending a resolution to the lawsuit filed by the city attorney.

Judge Karnow has said he plans to issue his decision sometime this month as a proposed ruling, after which both sides will have 15 days to respond and suggest changes.