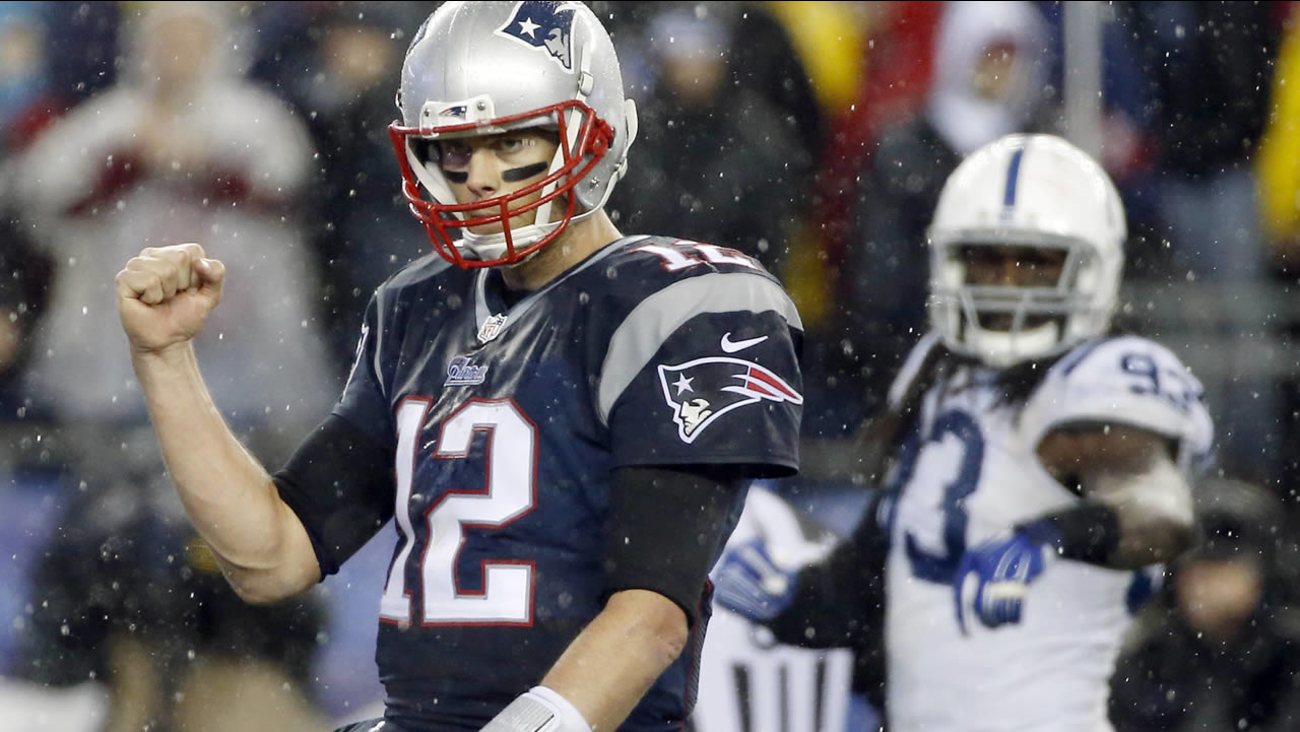 New England Patriots' Tom Brady celebrates a touchdown during the second half of the AFC Championship game on January 18, 2015 (AP Foto/Elise Amendola)

FOXBOROUGH, Mass. -- Tom Brady threw for three touchdowns and LeGarrette Blount ran in three more on Sunday to lead the New England Patriots into the Super Bowl with a 45-7 victory over the Indianapolis Colts.

The Patriots won their eighth AFC championship - their sixth under Brady and coach Bill Belichick. They will play the Seattle Seahawks in Super Bowl in Glendale, Arizona, on Feb. 1.

New England (14-4) opened a 14-point lead in the first half and then broke it open in a driving rain with three third-quarter touchdowns and another to start the fourth. That made it the second-most lopsided game in AFC championship history.