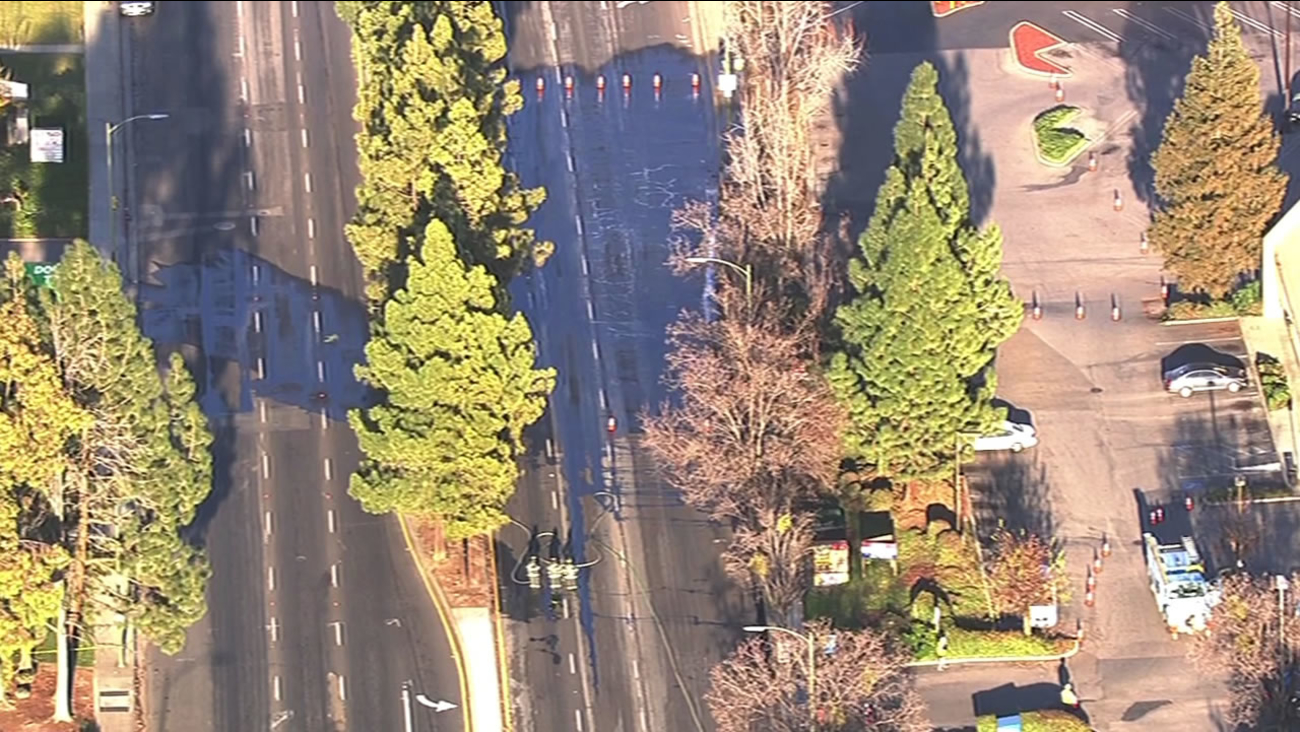 A gas leak in San Jose has prompted the closure of Tully Road near the 2200 block Tuesday.

SAN JOSE, Calif. -- A gas line struck in San Jose near the Eastridge Center shopping mall Tuesday afternoon is expected to be repaired by Wednesday morning, a utility spokesman said.

The gas leak was reported at 2:54 p.m. at a strip mall in the 2100 block of Tully Road, Fire Capt. Christopher Salcido said.

PG&E spokesman J.D. Guidi said crews were able to stop gas flow on the 4-inch distribution line shortly after 6 p.m. and estimated repairs to be completed by 7 a.m. Wednesday.

The leak prompted the evacuation of 12 businesses on both sides of the street, Salcido said.

No injuries were reported, according to Salcido.

Guidi expected the roadway would remain closed until 7 a.m. Wednesday.

Guidi estimated that repairs would be completed in time for the affected businesses to open during normal business hours on Wednesday.

A third-party contractor struck the line and halted gas service for 57 customers, according to Guidi.

A truck carrying compressed natural gas was called to the scene to provide service for the impacted customers by hooking into the gas line, the spokesman said.

Guidi said crews were "working safely and quickly as possible" to provide gas service for customers sometime tonight and to repair the line.