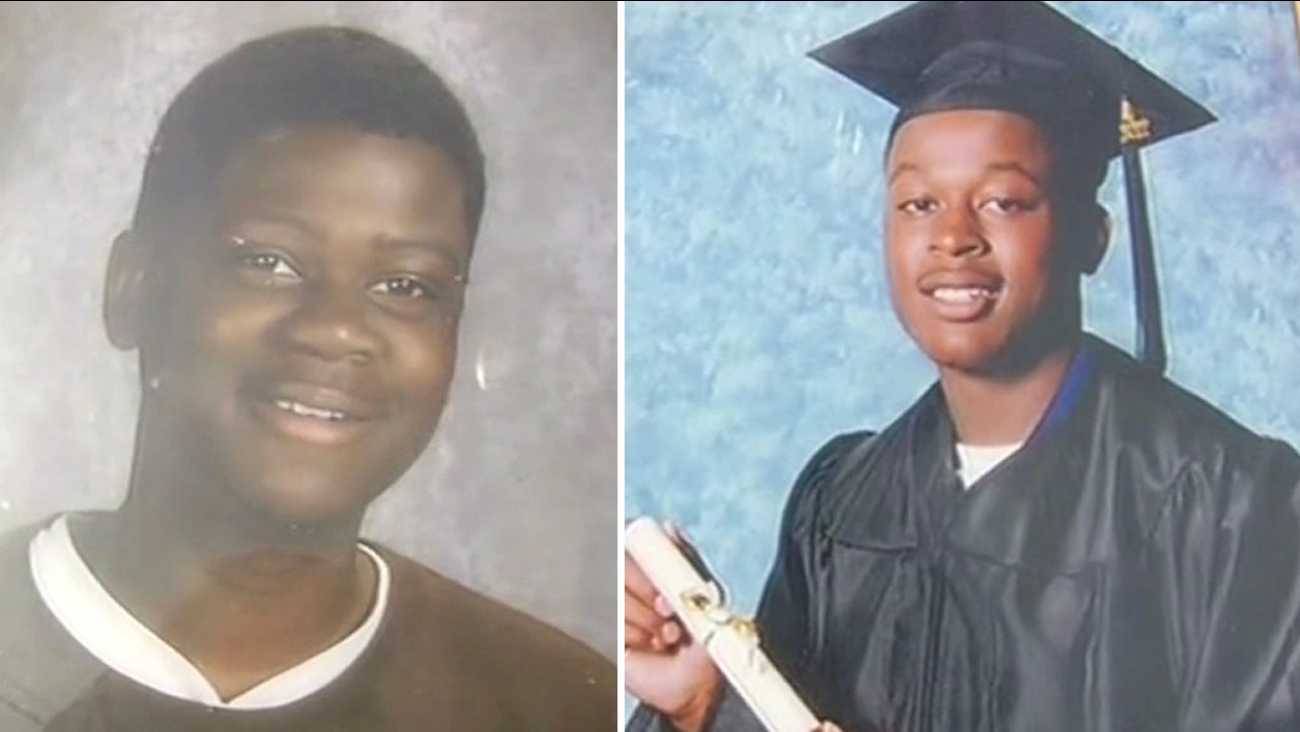 OAKLAND, Calif. (KGO) -- An Oakland mother made an emotional plea on Tuesday for help to find the gunmen who killed her two sons.

Dinyal New's 13-year-old son was murdered on Dec. 31, 2013. Someone shot Lee Weathersby as he walked home from a New Year's Eve party at the Boys and Girls Club.

Then, just three days after his funeral, New's older son 19-year-old Lamar Broussard and his friend were killed in a drive-by shooting.

Standing with Oakland police, New held an urn filled with her youngest son's ashes as she urged witnesses to come forward.

Oakland resident Dinyal New holds the ashes of her 13-year-old son Lee Weathersby as she pleads for the public's help to find the gunmen who killed both her sons, Jan. 20, 2015.

"Please, I'm begging you," New said. "This is Lee right here, and they did this to my 13-year-old baby. And I want somebody to come forward and say something."

Investigators won't say if the murders are connected. They say they aren't ruling anything out at this point.