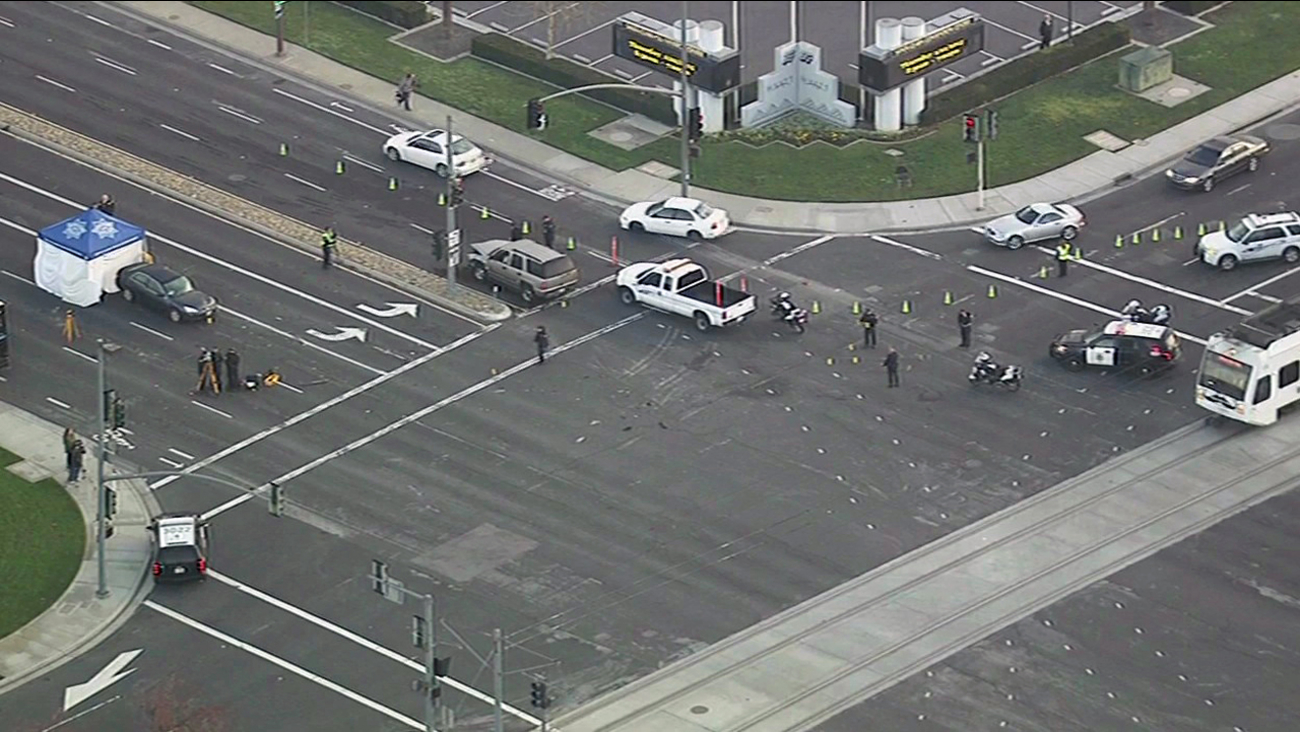 SANTA CLARA, Calif. -- A major intersection near Levi's Stadium in Santa Clara was closed until about 10:30 a.m. while police investigated a fatal crash that occurred early this morning, a police spokesman said.

At 4:49 a.m., Santa Clara police received a report of a collision involving an SUV and a sedan at the intersection of Tasman Drive and Great America Parkway, police Lt. Kurt Clarke said.

The driver of the sedan had been traveling west on Tasman toward the intersection and the SUV driver was headed north on Great America Parkway when the vehicles collided, Clarke said.

The sedan driver died at the scene. The SUV driver was not injured and there were no passengers in either vehicle, he said.

Traffic at the intersection, located next to the Santa Clara Convention Center and several blocks west of Levi's Stadium, will be rerouted until about 10:30 a.m. and motorists should consider alternate routes, Clarke said.