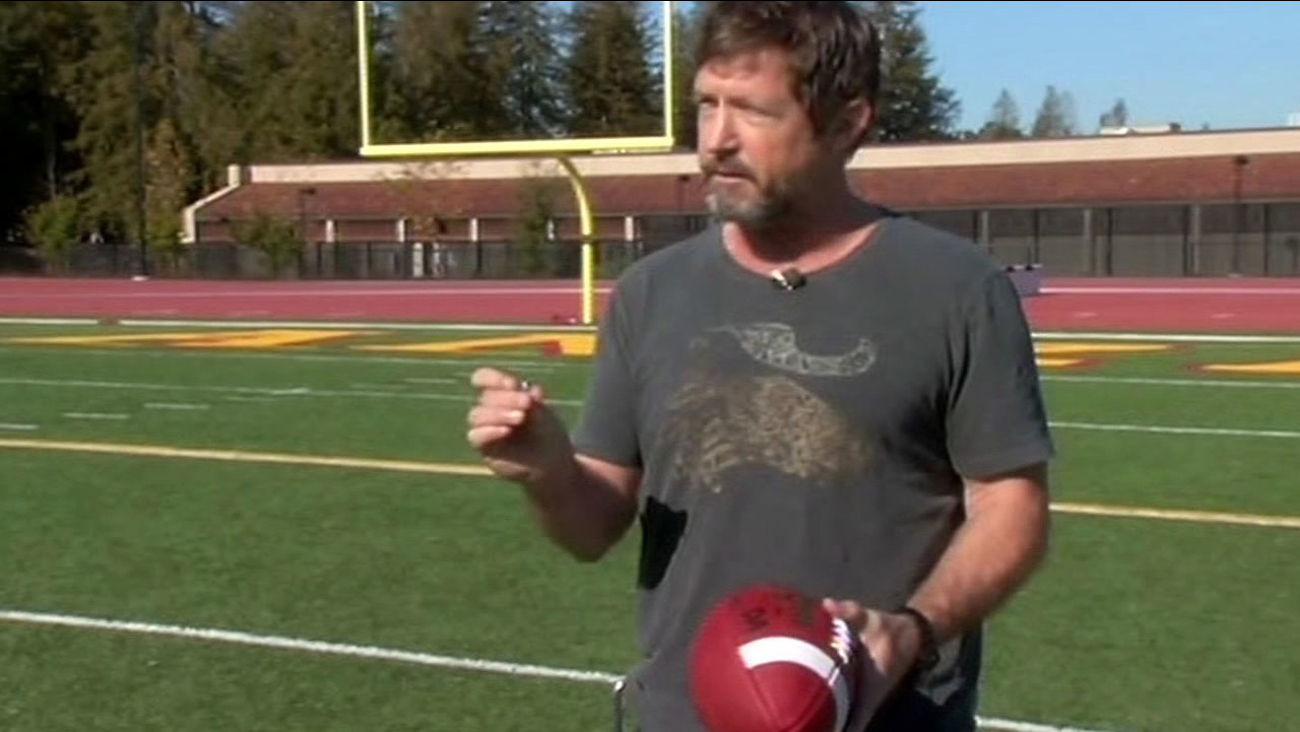 As you probably know by now, our sister network, ESPN, is reporting that 11 of the 12 footballs used by the Patriots on Sunday, were not inflated to NFL standards. Serra High School product Brady has said he likes them that way. But how much of a difference does it really make?

The Patriots beat the Colts, 45-7, in Sunday's AFC Championship game, but since then, allegations of cheating brought to the surface. NFL sources told ESPN, 11 of the patriot's 12 game balls were under-inflated by two pounds per square inch. Analysts say there may have been an advantage.

"The softer football is easier to handle, and perhaps would lead to increased offensive efficiency for the Patriots," ESPN NFL Insider Field Yates said.

ABC7 News spoke to De Anza College head football coach Dan Atencio. He said, "In my opinion, with 12 footballs, you have to have a mass conspiracy to get those all deflated."

De Anza football equipment manager Pete Rabbitt explained the simplicity of the pump. He said, "Deflating it, is just a matter of taking this valve off the pump, stick it in the hole here, and the air is going to come out, and that only takes a couple of seconds to remove a few pounds."

In NFL play, while on offense, each team uses their own footballs which are allowed to be slightly modified, but they have to be inspected and approved by a referee before the game. After that, no alterations are allowed, how the weight of the ball fell under the league's standards is anyone's guess.

"The ball goes through the ref's hand, the coach's hands, through the ball boy's hands, the quarterback, the players' hands. No one knows who deflated the balls or how it even happened," De Anza College cornerback Damon Lashaul said.

Controversy is nothing new for Patriots head coach Bill Belichick. In 2007, the league fined him for videotaping an opponent's sideline signals during a game.

Regardless of what happens with this latest accusation, the Patriots are headed to the Super Bowl and while student athletes say it's important to play fair, they believe the under-inflated balls shouldn't have made much of a difference.

"How much does it have an effect on the game? The score was what, 45-7? With deflated balls, you're not going to change that score," Lashaul said.

ABC7 Sports anchor and former 49ers receiver Mike Shumann, talks about the difference is between deflated footballs and regular ones. (Jan. 21, 2015/ABC7 News)

Is there really an advantage in having a deflated football?
Shumann says: The argument can go both ways. Game day footballs are brand new, hard as rocks and slick. A football with a normal amount of pressure is tough to grip, especially if you have smaller hands.

Is this a new trend in the NFL or has this sort of thing always been going on?
Shumann says: I have to imagine this has been going on since Day 1 of the NFL. Equipment managers I've talked with said you can deflate a ball in two seconds and after officials check them, it has never been an issue. Most wide receivers wear gloves now due to the fact the balls are so rigid, add velocity like on a Colin Kaepernick throw, and it is tough to catch.

So is it cheating?
Shumann says: The issue here is integrity. Belichick claims he had no idea and if so, then does it comes down to Brady asking to deflate the footballs? A former Oakland Raider once said if you aren't cheating you aren't trying hard enough. Regardless, there is a gage from 11.5 to 13.5 pounds per square inch you have to adhere to.

Could the NFL reverse the outcome of Sunday's game?
Shumann says: No, but if coach Belichick did in fact know, with his background of cheating, this could warrant a suspension next year because a fine does nothing to these franchises. A loss of a draft choice could also be a deterrent, but for now, it's something to talk about in the dead week of the Super Bowl. With the patriots beating the Colts 45-7, I don't think it made a difference in this particular game.