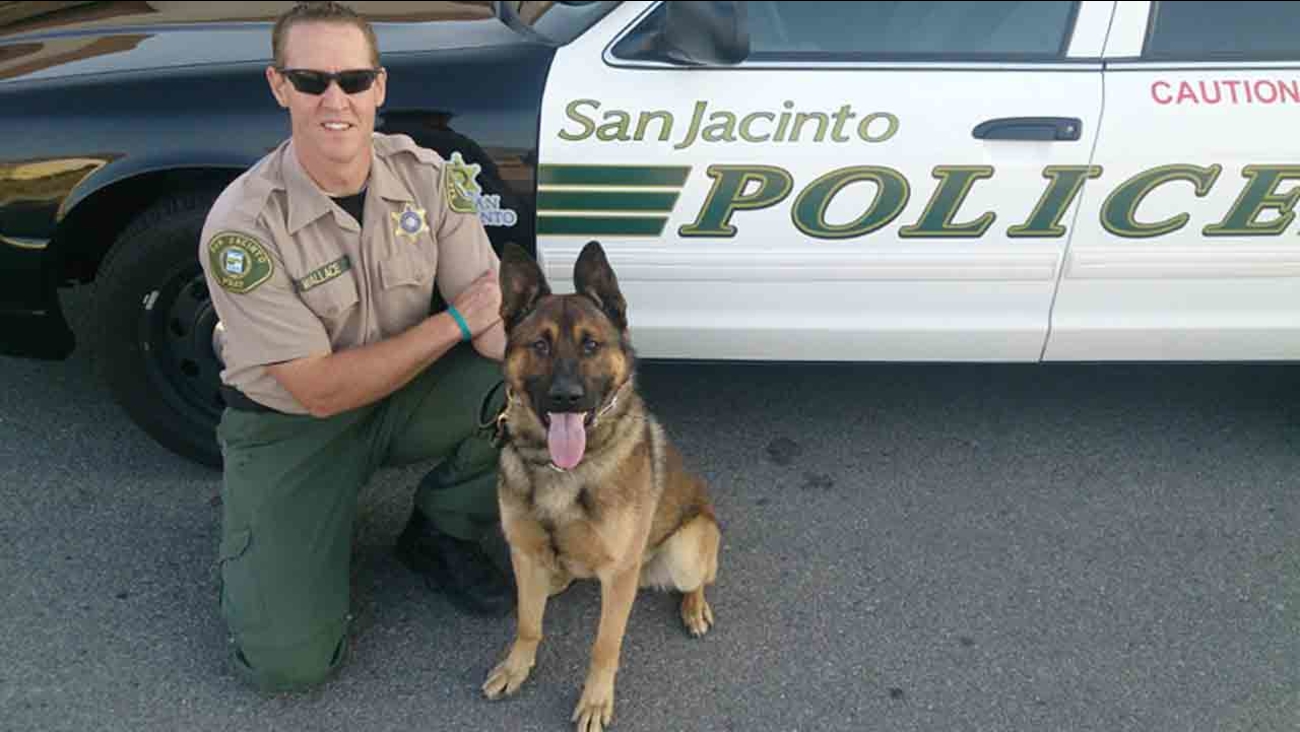 HEMET, Calif. -- A suspect who shot and killed a San Jacinto Police Department K9 and then held Riverside County sheriff's deputies at bay for more than nine hours was fatally shot by deputies after emerging from a Hemet residence with a handgun.

The incident began near San Jacinto Street and Clark Drive around 2:30 p.m. after police responded to a call of service.

Deputy Albert Martinez of the Riverside County Sheriff's Department said San Jacinto police K9 Sultan was used to try and extract the wanted felon, who may have been hiding underneath the residence.

Sultan, who was with his handler Deputy Mark Wallace, returned covered in blood. He later died at a local animal hospital.

"He's part of the family, he's part of us. He's been in service since the year 2013 so it is a hard thing for us. Our main concern now though is we do want to find that suspect," Martinez said.

The suspect refused to surrender, culminating in a standoff that lasted at least nine hours. The SWAT team appeared to make their move around 9:30 p.m. A flash-bang grenade was detonated and voices could be heard over a loud speaker. Three more flash-bang grenades were detonated in succession around 10:15 p.m.

At 12:08 a.m., the Riverside County Sheriff's Department tweeted that the suspect emerged from the residence with a handgun and an officer-involved shooting occurred.

Suspect emerged from residence with a handgun and an OIS occurred. Suspect is deceased. No deputies injured, press release to follow.

The suspect, who was wanted on an outstanding warrant, was pronounced dead at the scene. No deputies were injured.

Meantime, the Riverside County Sheriff's Department is mourning the loss of one of their own.

We are saddened that our San Jacinto Police K9 expired do to injuries sustained from now barricaded suspect. pic.twitter.com/bhdzgy3bE1

Sultan, a Belgian Malinois-German shepherd mix, was trained to locate hidden articles of evidence and to apprehend dangerous suspects, according to the San Jacinto city website.