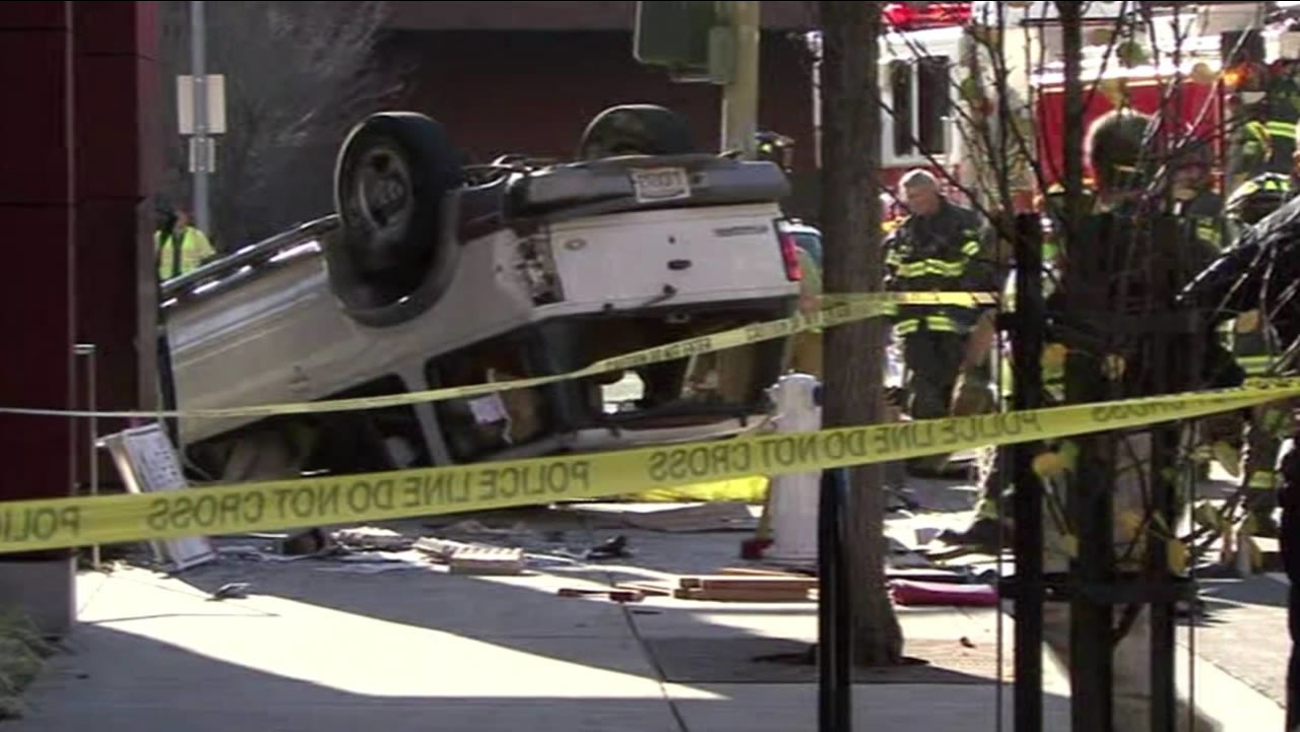 A vehicle overturned onto a pedestrian in downtown Santa Rosa on Jan. 20, 2015.

SANTA ROSA, Calif. -- A woman killed last week when a car overturned on her in downtown Santa Rosa has been identified as 73-year-old Ruth Ileen Tapian, the Sonoma County coroner's office announced on Sunday.

Tapian was on the southeast corner of Third and B streets on Tuesday when a vehicle collided with another vehicle, overturned and landed on her, Santa Rosa police Sgt. Mike Numainville said.

Daniel Borbely, 72, was driving a white Ford Explorer east on Third Street at B Street shortly before 2:30 p.m. when he collided into a green Volvo wagon west on Third Street driven by David Nelson, 94, who made a left turn onto southbound B Street, Numainville said.

The Ford SUV flipped over and landed on Tapian, who was pronounced dead at the scene, he said. 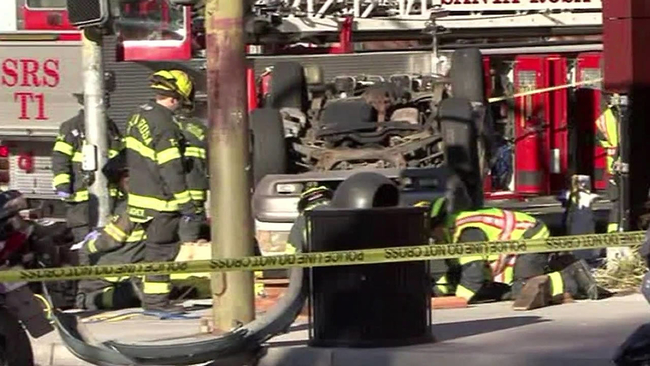 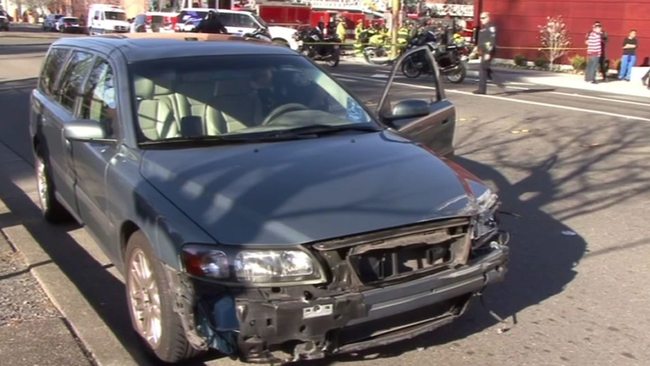