Pilot was amazed at fast rescue after he ditched plane A pilot had to ditch a Cirrus SR22 plane off the coast of Maui, but the owner of the company that installed the auxiliary fuel tank says they've never had any issues before.

A pilot has quite a story to tell about the plane he was supposed to deliver to Australia and he didn't quite make it. Short of 250 miles from Hawaii the pilot deploys the plane's parachute as the plane develops a fuel problem. The plane then floated slowly to the water. That is despite the addition of an auxiliary fuel tank that was installed in Northern California.

The plane goes down in the water and sank, but the pilot was rescued without injury by the crew of a nearby cruise ship. 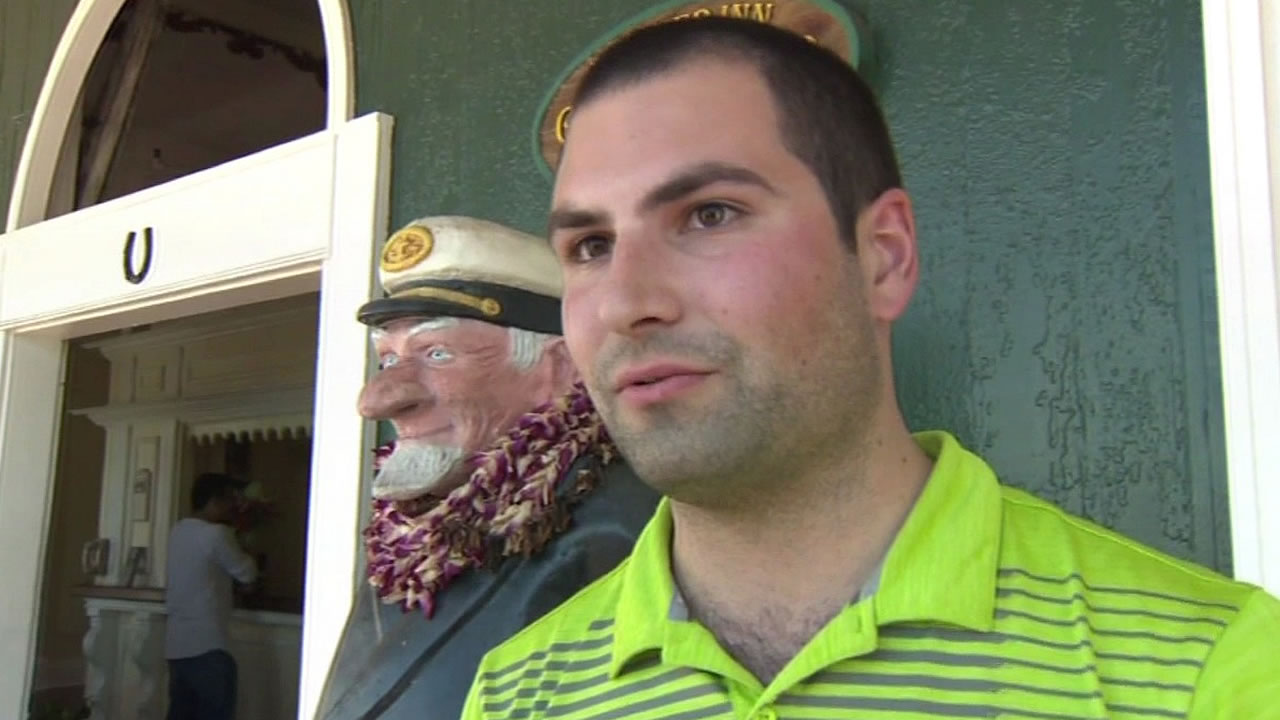 Pilot's family talks about scary moments before crash
A pilot's family in Seattle described the scary few hours before Lue Morton had to ditch a plane into the Pacific Ocean.

The company that employs the pilot said there was an issue getting fuel into the plane.

The company that installed the long-range fuel tank on the plane says they've been doing this work for more than two decades and have installed 1,200 tanks without any serious problems. They say the system is pretty much foolproof, in part because it's so simple.

The pilot picked up the plane in Wichita, Kansas. He then picked up an extra fuel tank in Tracy and then he headed for Hawaii, but crash landed off of Maui.

This Coast Guard video shows the seconds just before the Cirrus SR22 loses engine power in midair 250 miles from Maui and the parachute is deployed. First, the plane faces nose down until it stabilizes and lands gently in the ocean. The Coast Guard had directed pilot Lue Morton to fly to the area near a cruise ship -- the Holland America's Veendam. That's where the 25-year-old Morton was pulled safely on board. Morton said just a few words when he arrived in Maui Monday morning.

He flew out of the Tracy Municipal Airport Sunday.

Richard Ortenheim is the president of Skyview Aviation. He told ABC7 News, "We install long-range fuel tanks in aircrafts that we can't take apart and put in containers."

Owner of Tracy "ferry tank" co. says system installed on the Cirrus ditched in HI was tested over wknd, no problems. pic.twitter.com/G1RSQvmdMu

Skyview Aviation installed the extra fuel tank -- a ferry tank -- onto the Cirrus over the weekend. Ortenheim says the temporary setup was flight tested before Morton took off in the Cirrus on Sunday. It's a simple system that works on gravity.

"If you have a tank at this level, and you have another tank here which is the aircraft one and you have one valve in the middle, it's simple... you open the valve and the fluid in this tank will move down to this one, correct? It's called gravity," Ortenheim said.

Plane like one pilot ditched off HI. He flew new one from Wichita factory to Tracy to pick up extra fuel tank.#mapit pic.twitter.com/SErYL005ha

The company Morton works for in Seattle released a statement saying the Cirrus had adequate fuel reserves, but "the remaining fuel was unable to reach the engine for unknown reasons."

In Hawaii, Morton declined comment on what happened to the fuel system. The National Transportation Safety Board will investigate the incident.