Gilroy man arrested for growing pot in back of fake store 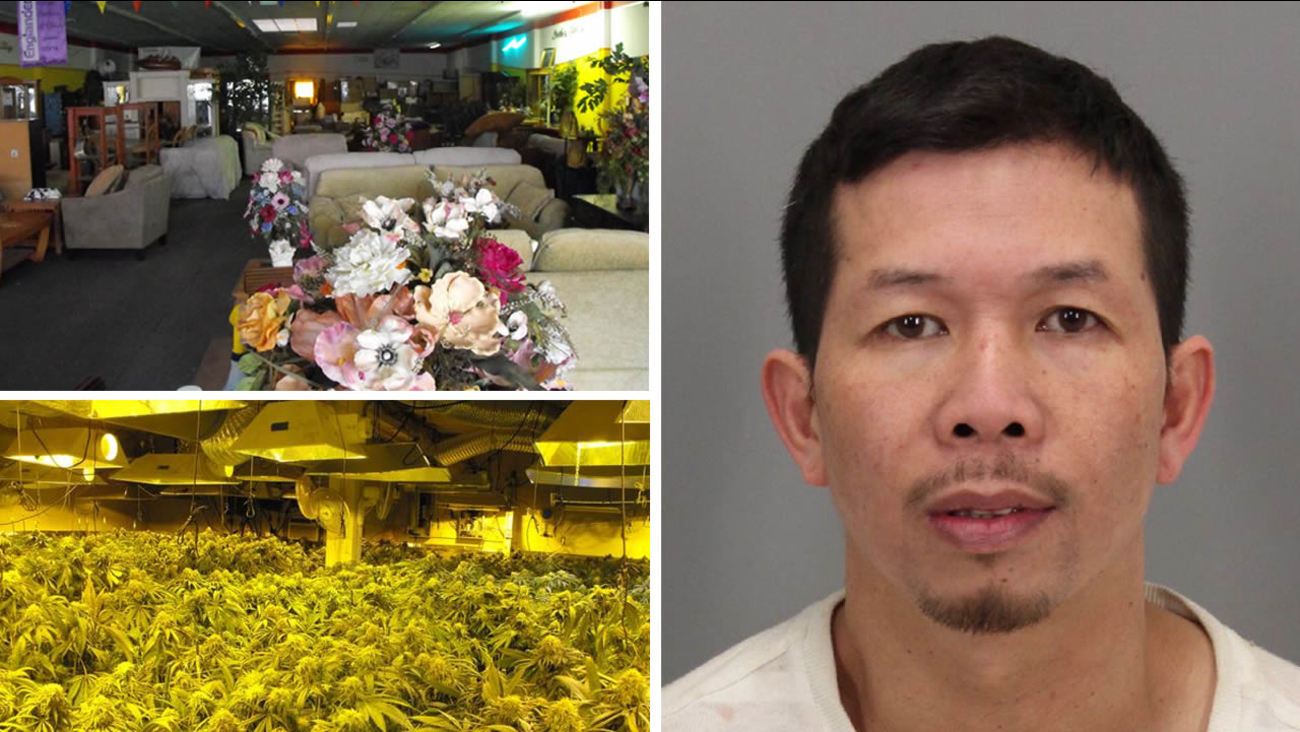 Phuc Nguyen, 39, of Gilroy and his fake furniture story that was really a front for a marijuana grow operation. (Jan. 27, 2015/ABC7 News)

GILROY, Calif. -- A man suspected of using a furniture store in Gilroy as a front for an illegal grow operation with $2 million worth of marijuana was arrested last Thursday by the Santa Clara County Sheriff's Office, a spokesman said
Tuesday.

Phuc Nguyen, 39, of Gilroy, was taken into custody while inside his fake furniture store in the 7500 block of Monterey Road, a major business thoroughfare in Gilroy between Fifth and Sixth streets, sheriff's Sgt. Kurtis
Stenderup said.

Nguyen was arrested on suspicion of theft of utilities and illegal cultivation of marijuana for sales, Stenderup said.

He was booked into the county's Main Jail and his bail was set at $200,000, according to Stenderup.

Last Thursday, deputies with the office's Marijuana Enforcement Team served a search warrant at the supposed furniture business following a long investigation by the team along with Gilroy police, Stenderup said.

The establishment, despite furniture displayed on the floor up front, was in fact never open for business and none of the merchandise was even for sale, he said.

In the rear of the business past the furniture, team members found a room crammed with more than 1,000 marijuana plants and more than 50 pounds of processed marijuana, worth about $2 million, he said.

The suspect had bypassed the building's electrical meter and stolen an estimated $80,000 worth of electricity from PG&E, which posed a serious fire hazard as none of the wiring was installed in compliance with electrical codes, he said.

The Marijuana Enforcement Team investigates marijuana grow operations that do not comply with state laws on the use and possession of medicinal marijuana.

In 2014, the team seized more than 104,000 plants, 250 pounds of processed marijuana, arrested 20 people and confiscated three firearms, according to Stenderup.