KGO
By by Leslie Brinkley
SAN FRANCISCO (KGO) -- At least 10 people were injured after a vehicle crashed into a bus stop on Stockton and Clay streets in San Francisco Chinatown Friday afternoon.

Five people were taken to San Francisco General Hospital by ambulance. Four of the victims were women, one was a man, and their ages range from 30s to 80s.

A spokesperson for San Francisco General Hospital said four are in serious condition, with one still being evaluated.

The victims suffered multiple fractions after being struck by a vehicle and are being analyzed for internal injuries as well.

ABC7 News was told they are all in a lot of pain right now. But the good news is so far, their vital signs are good at this time and are likely to survive.
Related topics:
san franciscochinatowncar accidentbus crashhospitalsfpdcrash
Copyright © 2020 KGO-TV. All Rights Reserved.
RELATED 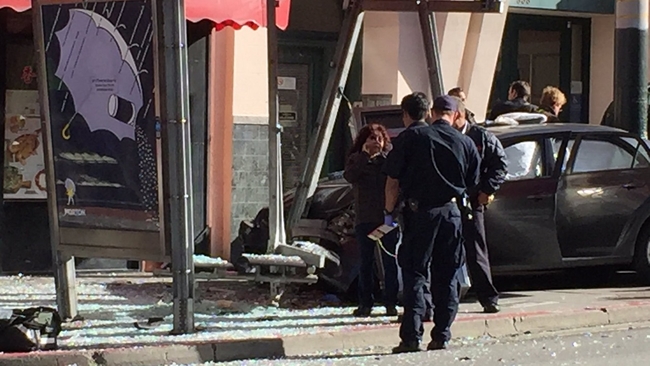