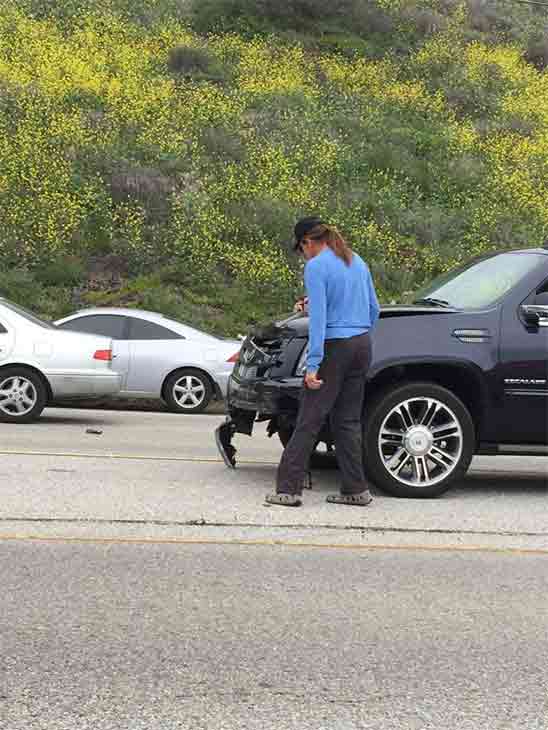 This photo from Twitter user unclenandough shows the scene of a fatal car crash in Malibu on Saturday, Feb. 7, 2015.

Authorities said an elderly woman was killed and five others were injured in the wreck, which occurred in the 26000 block of Pacific Coast Highway near Corral Canyon Road around noon.

Sheriff's officials said a car was stopped in the northbound lanes for reasons unknown when Jenner allegedly hit an elderly woman's white Lexus sedan. The impact of the crash caused the Lexus to travel into the southbound lanes, where it was then hit by a Hummer SUV.

In total, four cars were involved in the crash. Sheriff's officials could not immediately confirm reports that the head-on crash may have been triggered by paparazzi chasing Jenner. The topic did not come up in conversation with Jenner, deputies said.

At this time, the reality TV star is not considered at fault. He allegedly took a blood test at Los Robles Hospital & Medical Center and did not appear to be intoxicated. 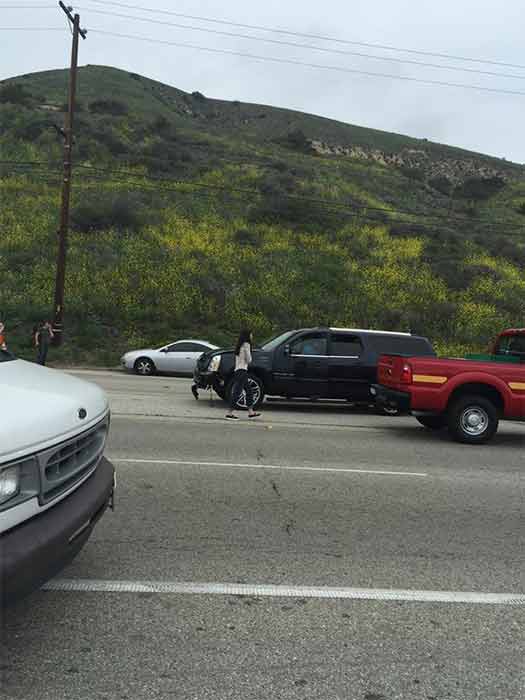 This photo from Twitter user AlohaKendama shows the scene of a fatal car crash in Malibu on Saturday, Feb. 7, 2015.

The incident remains under investigation. Anyone with further information was urged to contact the Los Angeles County Sheriff's Department, Malibu/Lost Hills Station at (818) 878-1808.

DEVELOPING: We will add more details to this report as soon as it becomes available.