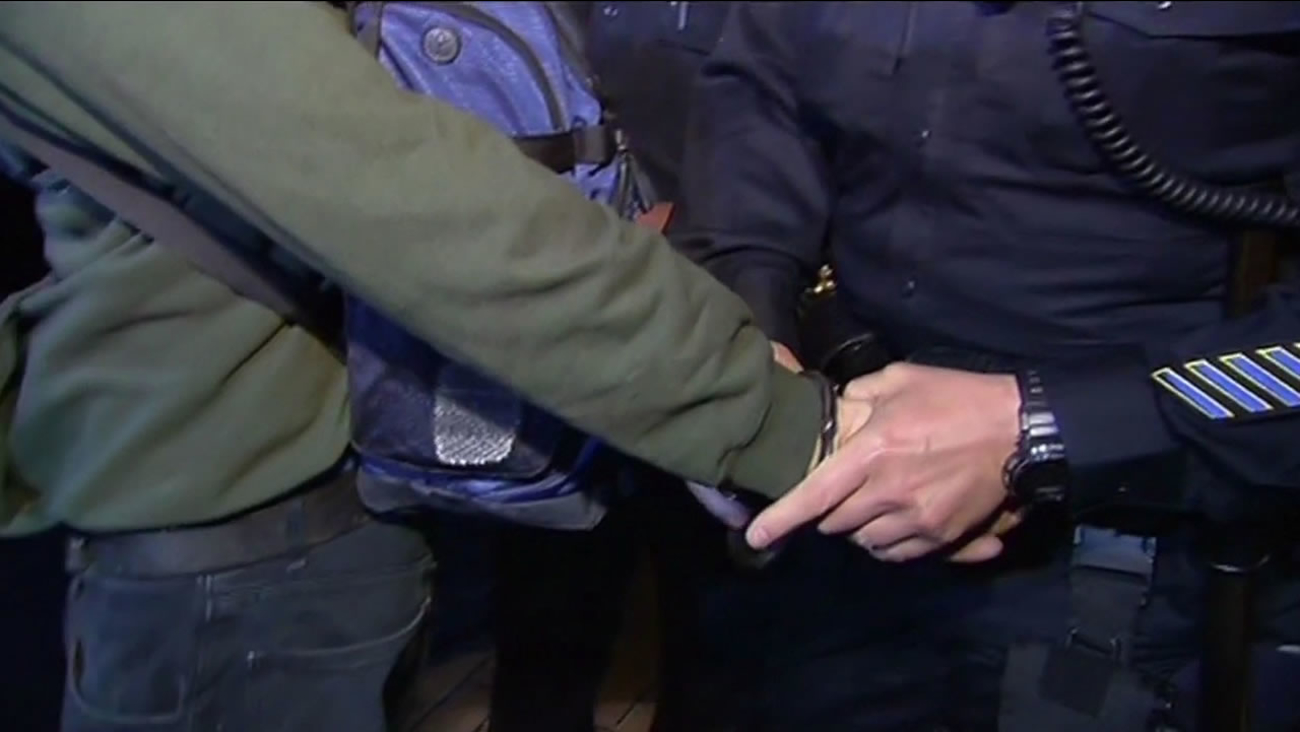 KGO
OAKLAND, Calif. -- BART directors voted 5-4 today to approve a motion notifying the Alameda County District Attorney's Office that the transit agency is withdrawing its request for monetary restitution for 14 protesters who shut down the West Oakland BART station for several hours the day after Thanksgiving.

The motion asks the district attorney to continue to pursue misdemeanor counts of trespassing on railroad property for the protesters, who chained themselves to two trains at the West Oakland station during the Nov. 28 action, shutting down BART service for more than three hours.

BART directors Rebecca Saltzman and Tom Radulovich initially urged passage of a motion that would have asked the district attorney to withdraw the criminal charges against the protesters as well as the restitution claim.

However, a narrow majority of board members instead passed a substitute motion that was written by Joel Keller and seconded by Nick Josefowitz.

The protests were part of a series of actions against police brutality following the decisions of grand juries in Missouri and New York not to indict white police officers who killed unarmed black men.

Attorneys for the 14 protesters asked an Alameda County Superior Court judge last week to dismiss the charges against them, arguing that they are overbroad and too vague. The judge took the matter under consideration and has not issued a ruling yet.