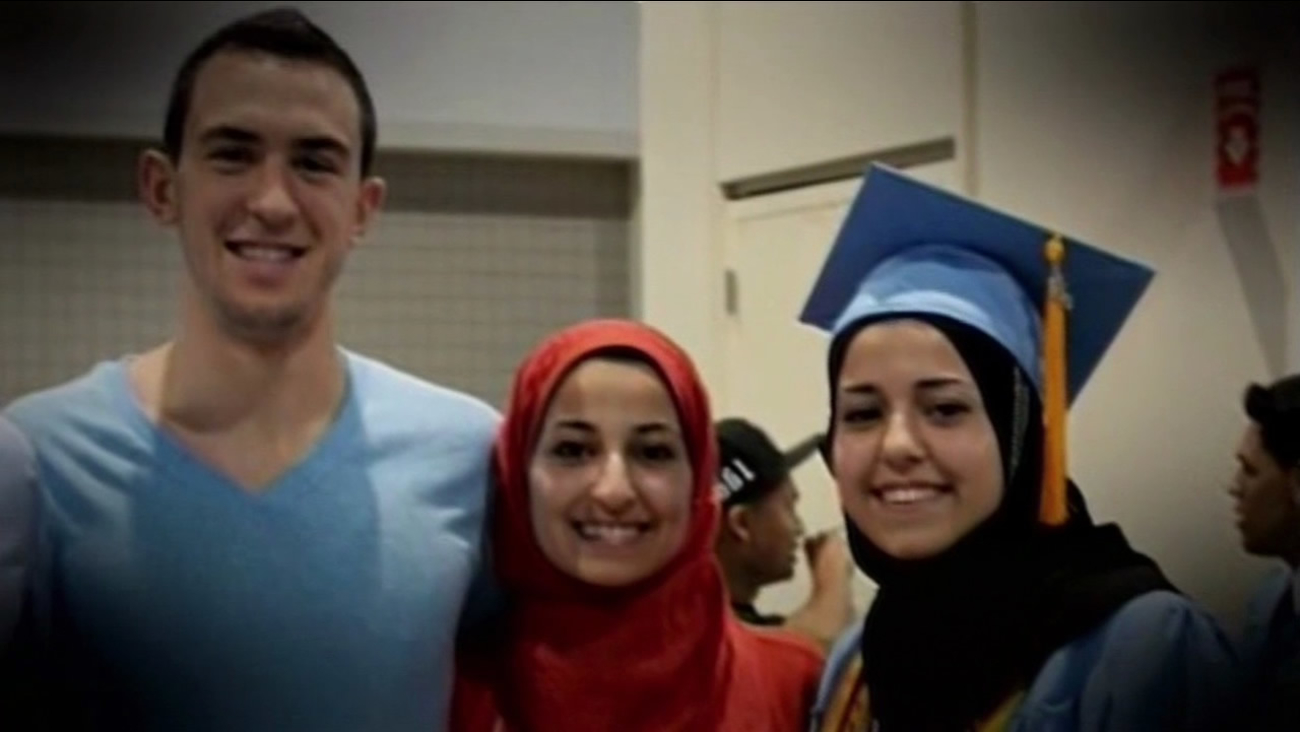 SAN FRANCISCO (KGO) -- Vigils are being held throughout the Bay Area Thursday night to remember three Muslim college students who were murdered in North Carolina. Earlier in the day, thousands turned out for their funerals in North Carolina. There were so many people that the service was held at a field across the street from the mosque.

San Francisco General Hospital has a lovely memorial garden. That's where friends and colleagues of Dr. Suzanne Barakat gathered Thursday evening. She's physician there, and a sister of one of the victims.

There is shock and sadness in the Muslim community. Funerals were held on Thursday for the three. Deah Barakat, 23, a second-year student in UNC's School of Dentistry, married Yusor Mohammad, 21, in December. Authorities say Mohammad planned to begin her dental studies in the fall. Her sister, 19-year-old Razan Mohammad Abu-Salha, was a sophomore at North Carolina State University.

Jamal Dajani is the host of Arab Talk, a radio show broadcast on KPOO Radio in San Francisco. He says the murders come after a rise in racism and Islamaphobia.

The students' neighbor, 46-year-old Craig Stephen Hicks, has been charged with their murders.

Initial police reports say the fatal shootings stemmed from an argument over a parking space. But the FBI is now joining in the investigation as many Muslims insist it was a hate crime.

"If a Muslim were to kill three white Americans, would this have been reported as an incident over a parking space?" Dajani asked. "Or was it a terror attack or something else? We do not believe, and I mean by the Muslim community, that this was anything less than a hate crime."

The victims have Bay Area connections, including Deah's sister Suzanne, who is a doctor at San Francisco General Hospital. Even those who don't know the families are organizing vigils. Including Zayynah Hindi with the Arab Cultural and Community Center, who says she feels an obligation to honor three people who had their whole lives ahead of them.