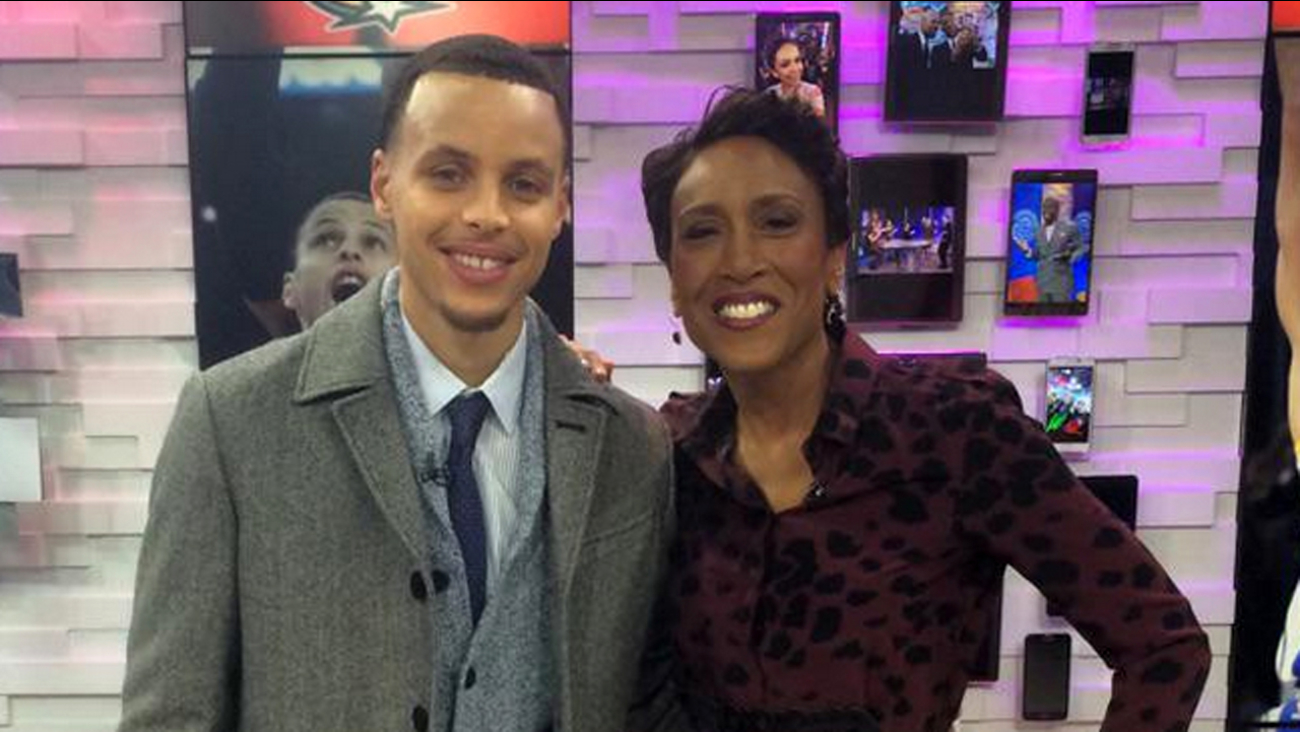 Curry, along with fellow Splash Brother Klay Thompson and Coach Steve Kerr, is in New York for the Western Conference All-Star game.

Here's proof of how far the Dubs have come in recent years -- they have the NBA's best record at the All-Star break. Kerr will coach the team on Sunday, while Curry and Thompson will comprise his starting backcourt.

The media frenzy began Thursday, with Curry and Thompson bouncing from one interview to another. Some were solo, while others were tandem.

They'll be competitors in the three-point competition Saturday night. Thompson hopes he can work out some of his nerves by then.

In video provided to ABC7 News by the Warriors, he admits that starting in the All-Star game is a huge deal for him.

"Sure going to be nervous on Sunday," Thompson said. "It's been a long time since I've been nervous for a basketball game, but that's just an example of how big the stage is. You know, to be sharing it with Steph is awesome, that's my favorite part, and the coaching staff. I can't wait, I just want to go out there and put on a show, hit some threes and show I belong and it's going to be a lot of fun. It's a surreal moment for me."