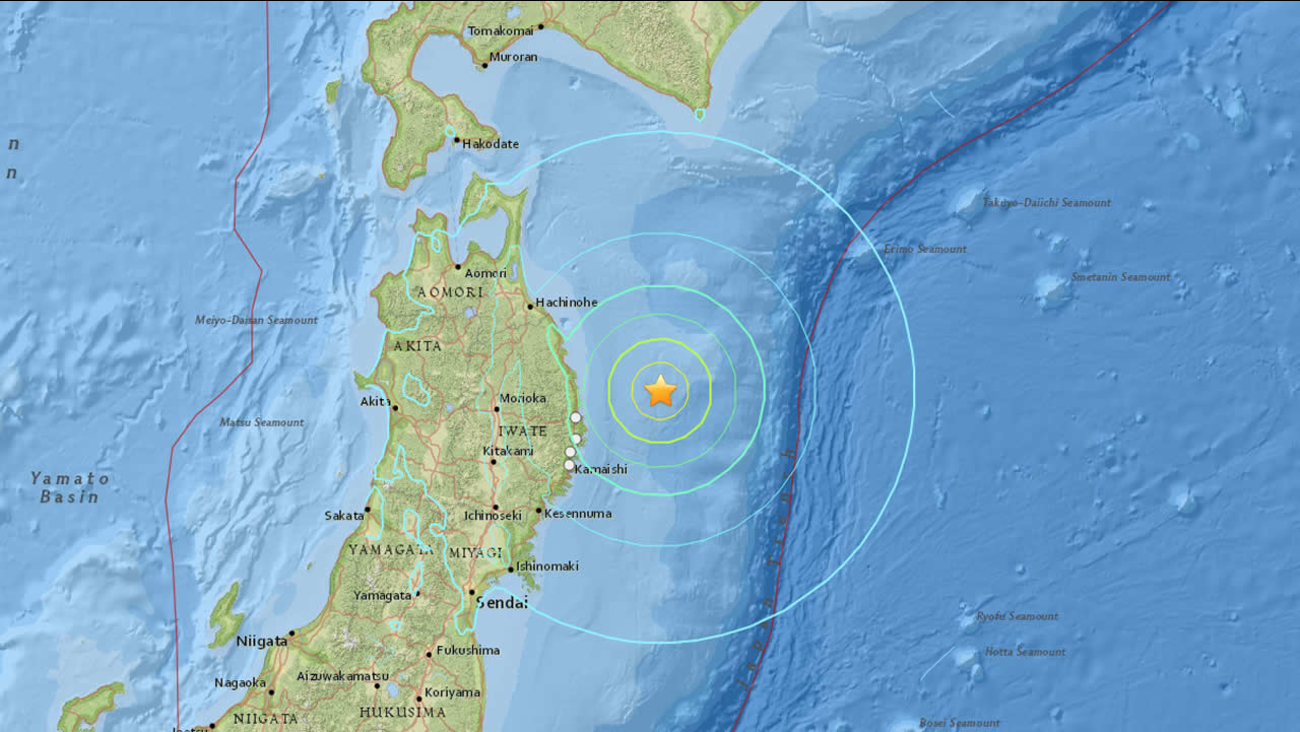 This image from the U.S. Geological Services shows where a magnitude-6.8 earthquake hit in Japan on Feb. 16, 2015. (USGS)

TOKYO -- An earthquake struck off the northeastern coast of Japan early Tuesday, triggering minor tsunamis but no reports of major damage or injuries. According to the U.S. Geological Survey, the quake was a magnitude-6.8.

The Japan Meteorological Agency lifted a tsunami advisory two hours after it was issued following the quake, which hit at 8 a.m. Japan time (2300 GMT).

The quake's epicenter was at a depth of about 10 kilometers (6 miles). It shook much of northeast Japan and could be felt in Tokyo, 690 kilometers (430 miles) away.

Small tsunamis of up to 20 centimeters (8 inches) were recorded after the quake along the coast of Iwate prefecture, according to the agency, much smaller than the possible 1-meter (3-foot) tsunami mentioned in the advisory.

Several smaller aftershocks were also reported in the area.

The earthquake struck in the same region hit by a devastating earthquake and tsunami in March 2011, killing more than 18,000 people.

For details on the quake from the USGS, click here.

Click here for a look at the latest earthquakes to hit in the Bay Area and around the world.