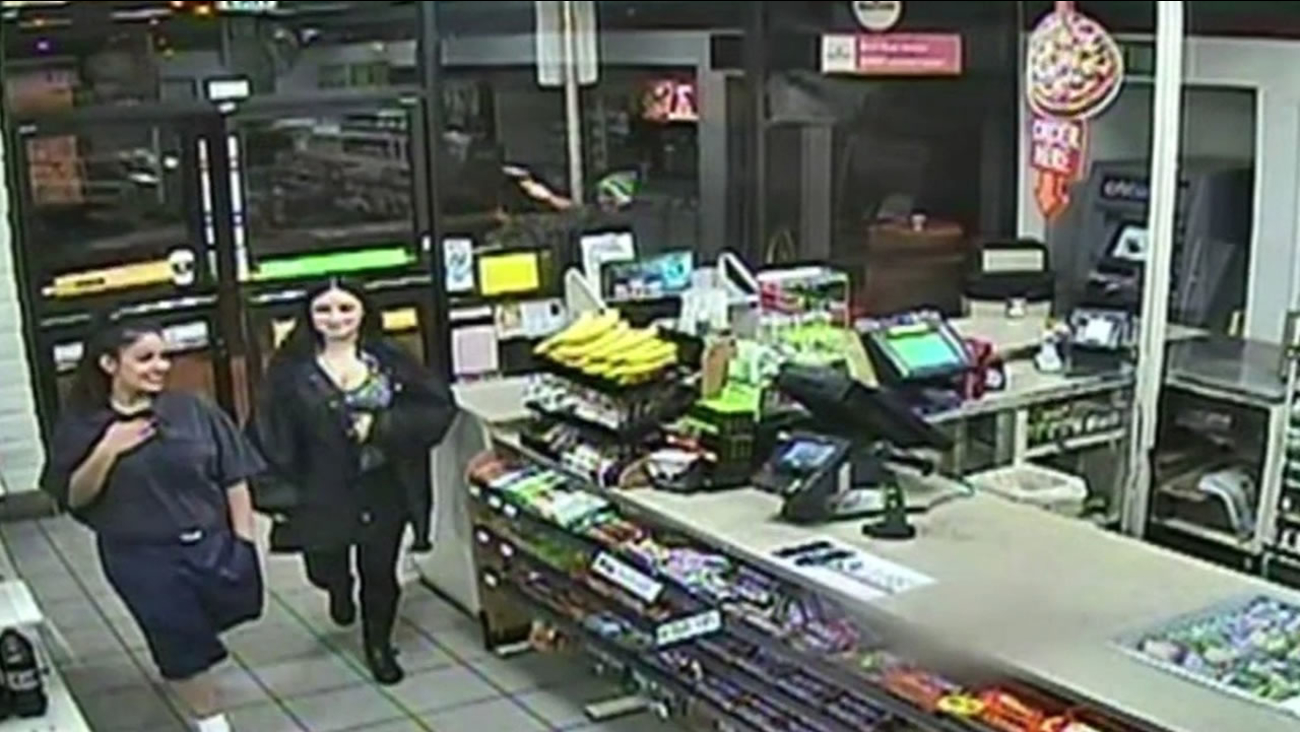 Police are searching for these two women seen in an East San Jose store because they're wanted for murder. (Feb. 18, 2015/ABC7 News)

GILROY, Calif. -- Police in Gilroy have ruled the death of 56-year-old Robert Joseph Heiser, found dead at his home Monday, a homicide and are seeking two women who used his credit card in East San Jose, a police spokesman said today.

Police believe there was foul play in Heiser's death based on preliminary information obtained by officers and the Santa Clara County medical examiner's office, which is still trying to determine what caused him to die, Sgt. Pedro Espinoza said.

The department today released surveillance video and photos of two woman considered persons of interest in the homicide probe as they strolled smilingly into a convenience store on White Road in East San
Jose, Espinoza said.

The women had Heiser's credit card with them and used it to purchase some items at the store early the same Monday morning that his dead body was found, he said.

At 2:59 a.m. Monday, Gilroy police answered a call from a neighbor who complained about a noise near Heiser's suburban residence in the 1400 block of Bay Tree Drive near Santa Teresa Boulevard.

Arriving officers learned that the neighbor had heard dogs barking in the area of Heiser's home. After they entered the residence, police discovered the man lying unconscious inside.

Medical personnel could not revive him and he was pronounced dead at his home.

Police found no visible evidence of violent death on his body but considered Heiser's death suspicious based on the report of dogs barking before his body was found, Espinoza said.

Officers later obtained evidence that the two women used his credit card at the store early Monday and want to question them as persons of interest in the case.

The department is also waiting for results of an autopsy on Heiser's body to learn the reason for his death and the approximate time he died, he said.

The women are described as Hispanic, aged 18 to 23 years, with black hair, one wearing a black parka and a black and white shirt and black pants, the other wearing a dark blue polo shirt and dark blue basketball shorts.

Gilroy police are requesting those with information about the persons of interest or anything about the homicide to call the department at (408) 846-0330.