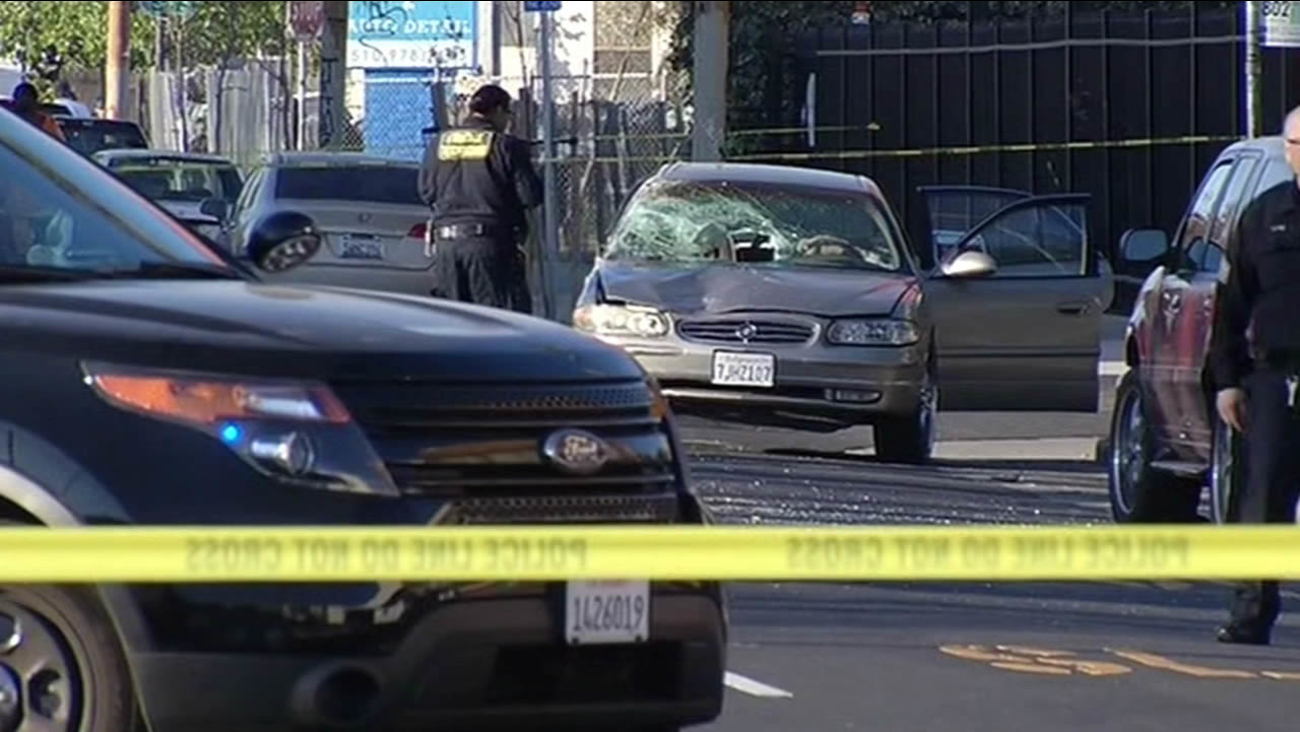 One person died and another was injured during a hit-and-run collision in Oakland, Calif. on Feb. 20, 2015.

OAKLAND, Calif. -- A man killed in a hit-and-run collision in Oakland on Friday afternoon has been identified as 40-year-old Marice Summerfield, according to the Alameda County coroner's bureau.

Officers responded to a report of a collision between a car and two pedestrians at 32nd Street and San Pablo Avenue shortly after 3:30 p.m. Friday, police said.

It appeared the vehicle was traveling north on San Pablo Avenue toward Emeryville at the time of the collision, according to police.

The driver fled the scene on foot, leaving the vehicle behind, but police did not provide a description of the suspect or vehicle.

The body of the deceased pedestrian, later identified as Summerfield, was removed from the bed of a pickup truck at the scene, but police would not comment on how it had come to be in the vehicle.

Based on his driver's license, Summerfield was a resident of Lemoore, according to the coroner's bureau.