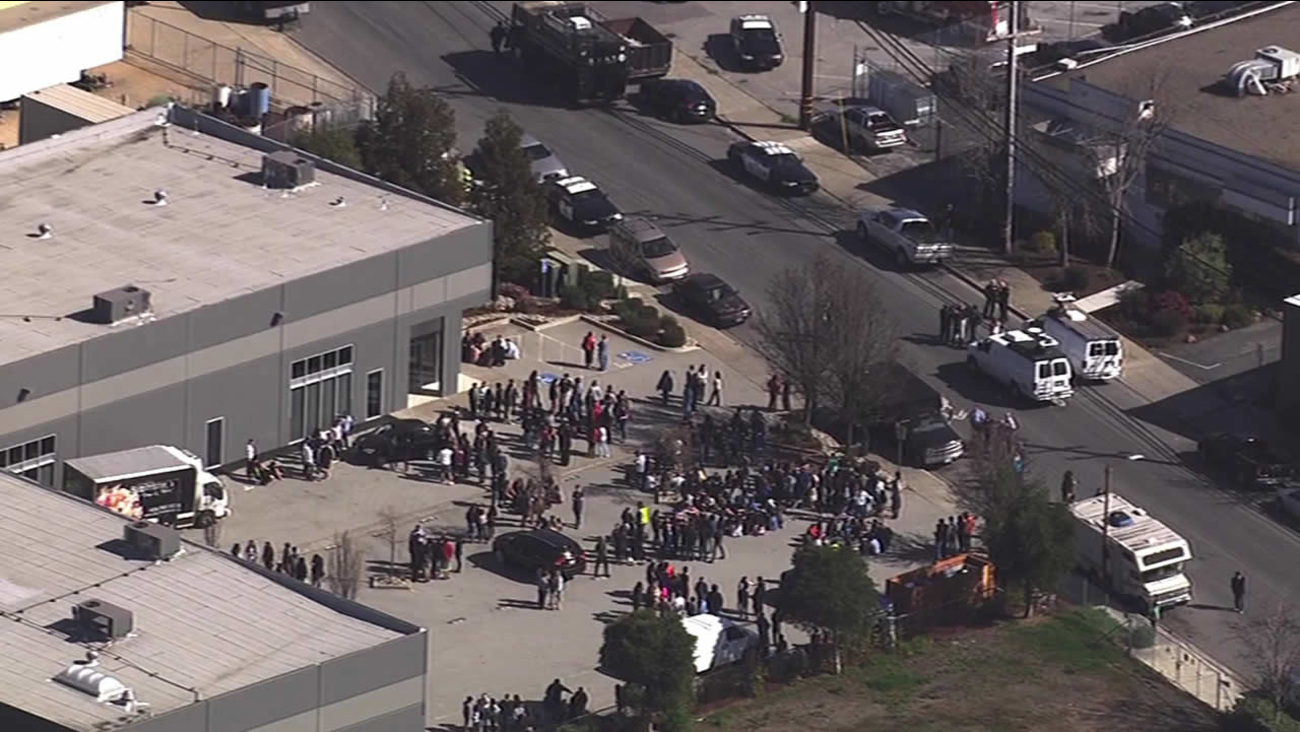 KGO
REDWOOD CITY, Calif. -- Students were allowed to return to Summit Preparatory Charter High School in Redwood City today after an evacuation was prompted by a student who
called 911 to report hearing gunshots, according to a police lieutenant.

The incident was reported at roughly 9:25 a.m. today in the vicinity of Broadway and Charter Street. Responding officers set up a perimeter and closed down Broadway from Mills Way to Woodside Road, police said.

Summit Preparatory at 890 Broadway also initiated an evacuation, according to Lt. Sean Hart.

"The students were evacuated, the campus was searched and we did not locate anything to indicate there was a shooting on campus," Hart said.

He said the student may have heard balloons being popped in a classroom exercise being conducted at the time, or the sound of nail guns being used at a nearby construction site.

There were no injuries related to the initial incident. One student suffered an asthma attack or some kind of hyperventilation and was treated at the scene, Hart said.

Joe Witherspoon with Motostrano, a bicycle and motorcycle shop nearby at 926 Broadway, said around 11:10 a.m. that police had pointed guns and rifles at the school campus.

Witherspoon said police were "evacuating students with their hands in the air."

Hart said that was a safety precaution.

"When we do the initial evacuation, you don't know if you have a suspect coming out or a victim or a witness, so a lot of times they're told to put their hands up until they can be cleared," Hart said.

By noon, officers were clearing the scene and the students had been allowed to return to school. Parents with questions can call school representative Mira Brown at (917) 319-5634.