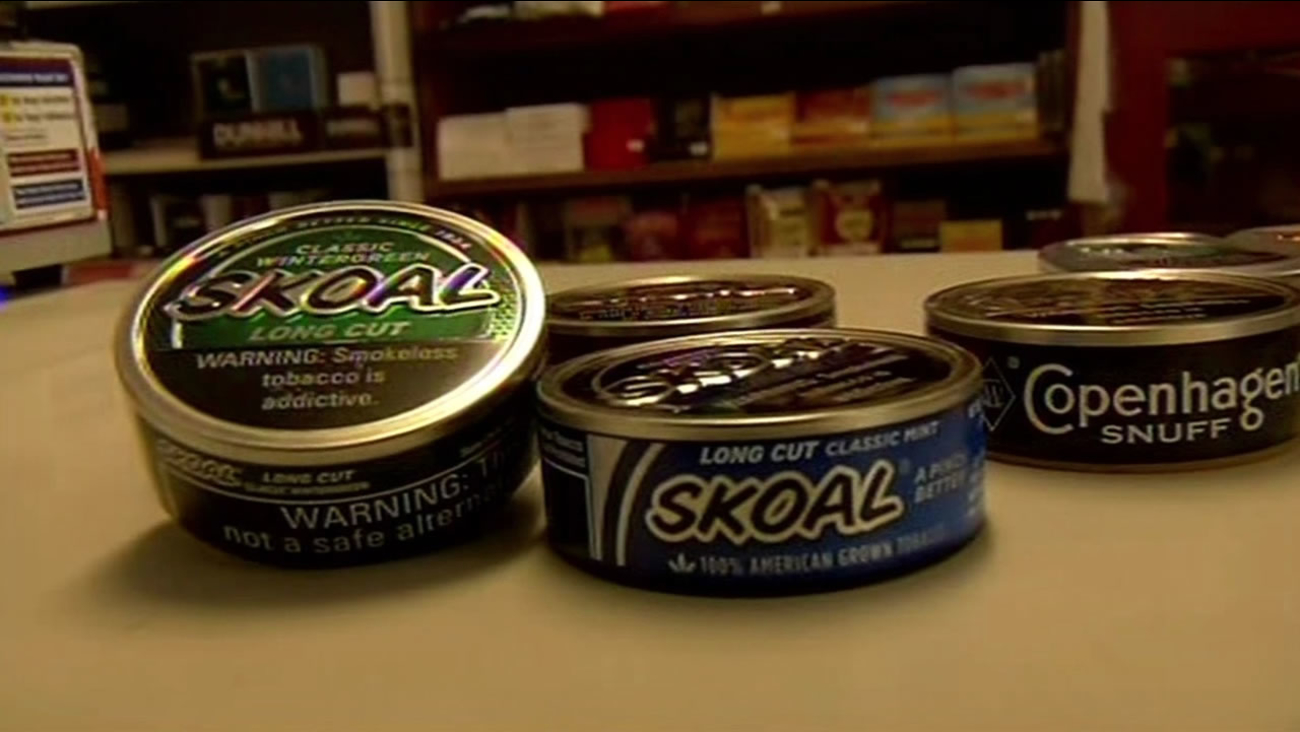 SAN FRANCISCO (KGO) -- Assemblyman Tony Thurmond of Richmond introduced legislation on Tuesday to ban Major League Baseball players from using smokeless tobacco at games in California.
"This is sending a message that we want you to change your behavior in the presence of our kids," Thurmond said.

This type of legislation has been talked about on and off for years. And now, California could become the first country in the nation and San Francisco the first city in the country to ban chewing tobacco from players and fans at the ballparks.

Jonah Broscow and his friends love baseball. What the 10-year-old doesn't like is seeing the pros chew tobacco.

"It just, is setting bad examples for kids like me," said the Little League player.

According to the CDC more than 500,000 kids age 12 to 17 try smokeless tobacco for the first time each year.

"As much progress as we've made reducing cigarette smoking among teenager boys, in the last 10 years smokeless tobacco is actually up and it's in no small part because of its association with Major League Baseball," said Matthew Myers with Campaign for Tobacco-Free Kids

San Francisco Giants Manager Bruce Bochy says he has sought help to kick his habit. And at spring training on Tuesday in Arizona, indicated a ban might be a challenge.

"It's not an easy habit to break," he said. "I mean, there's so many triggers and you play with it, you learn to play with it. The ban, it's gonna be difficult."

The players union had no comment, but Major League Baseball is supportive and issued a statement that reads: "We ardently believe that children should not be exposed to smokeless tobacco, and we support the spirit of this initiative in California."

San Francisco Supervisor Mark Farell, a former college baseball player and reformed tobacco chewer, plans to introduce a measure that will eliminate the product, not just at AT&T Park, but at athletic fields citywide.

"The whole point of this legislation is to protect the next generation of San Francisco children," he said.