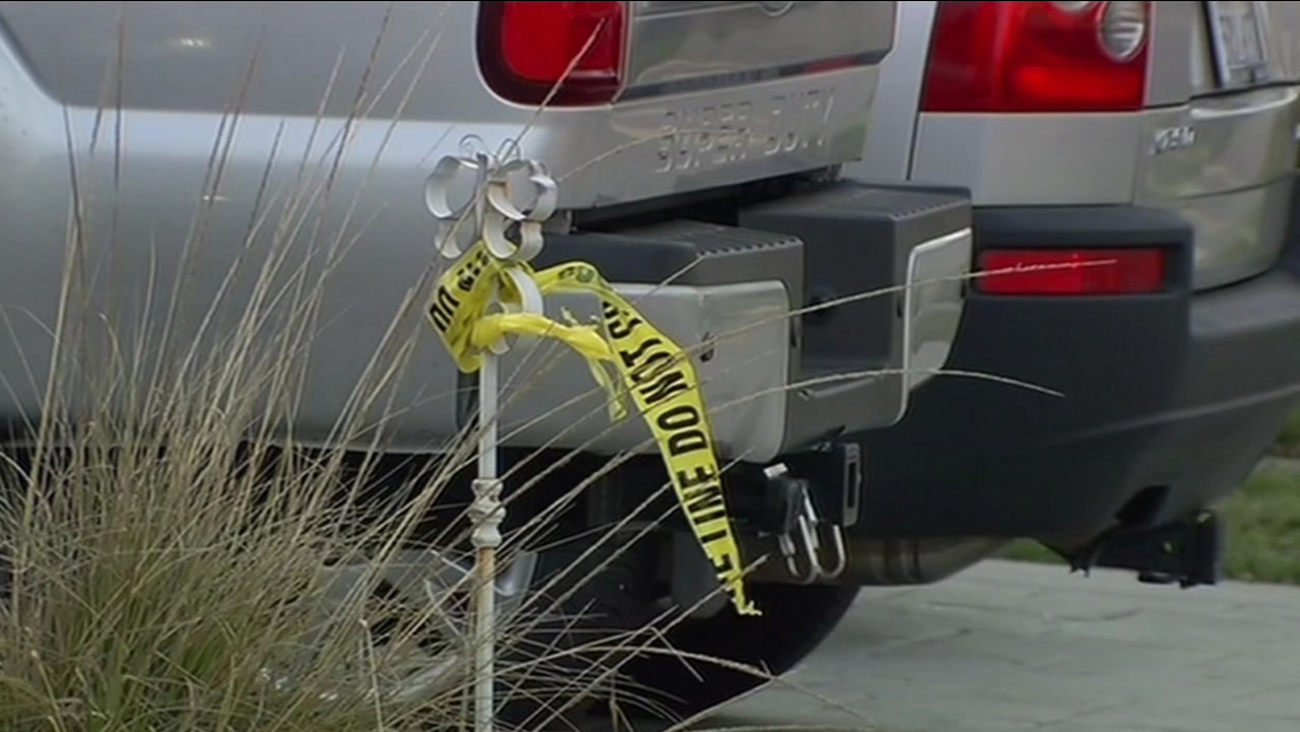 Livermore police crime tape in a neighborhood on Monday, March 2, 2015, where two men were shot dead in a possible illegal gun deal. (KGO)

LIVERMORE, Calif. (KGO) -- Police released the names of two men who were shot to death in Livermore late Sunday afternoon in an apparent dispute over contraband.

The men were identified as 22-year-old Ryan Rossknecht of Livermore and Brandon Lowell, a 29-year-old Manteca resident who formerly lived in Livermore.

James Wears, 28, the suspect in the fatal shooting reported in the area of Altamont Creek and Winding Stream drives at about 4:30 p.m. Sunday, is scheduled to be arraigned at 1:30 p.m. today in Alameda County Superior Court in Pleasanton, according to court records.

Wears works as a food server, according to court records.

Livermore police spokeswoman Officer Traci Rebiejo said Wears currently is being held at the Santa Rita Jail in Dublin on suspicion of being a felon in possession of a firearm, but police anticipate that he
eventually will be charged in connection with the double homicide.

Officers who responded to the shooting found Rossknecht and Lowell on the ground suffering from apparent gunshot wounds, according to Rebiejo.

Rossknecht was pronounced dead at the scene and Lowell was transported to a hospital, where he succumbed to his injuries, Rebiejo said.

Wears was arrested in the area of Bluebell Drive and Sunflower Court at about 9 p.m. Sunday, about four and a half hours after the fatal shooting, according to Rebiejo.

Police believe Wears, Rossknecht and Lowell knew each other and met up on Sunday afternoon to exchange contraband, Rebiejo said. The shooting occurred after something went wrong, she said.

The deaths of the two men were the first homicides in Livermore since Dec. 28, 2012, when 28-year-old Kenneth Robert Ogden was shot to death near the Springtown Golf Course.

Jacob Kober, 26, of Livermore, was convicted last week of first-degree murder for Ogden's death and is scheduled to be sentenced on March 23.