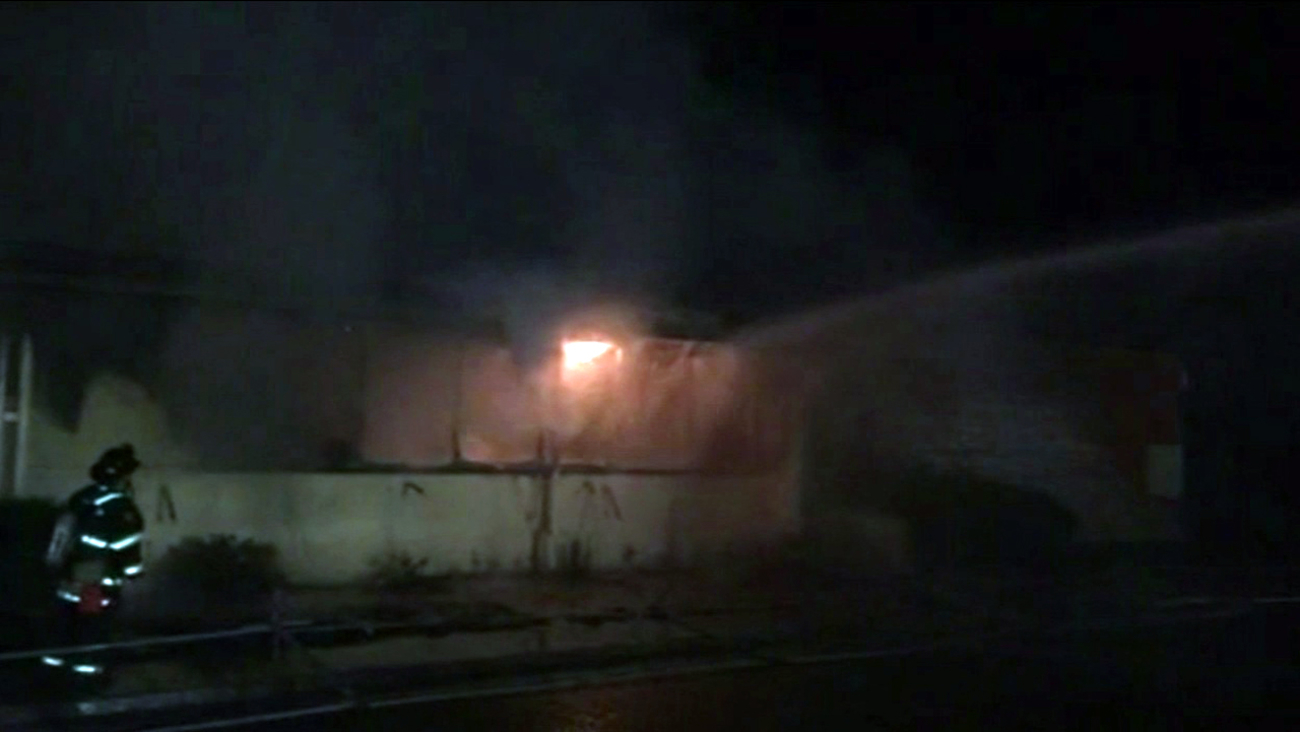 A three-alarm fire was put out at a former school district office in Vallejo.

VALLEJO, Calif. -- Firefighters this morning are investigating the cause of a three-alarm structure fire that broke out Tuesday night in an abandoned building.

Firefighters responded at 9:59 p.m. to 211 Valle Vista St. in reference to a fire to find the building mostly involved in fire.

The boarded up building was once used by the school district as a main office but recently has been occupied by homeless people, firefighters said.

Three homeless people at the scene told responders there was a person still in the building when the fire broke out, firefighters said.

The fire was controlled around 11 p.m.

One firefighter suffered a minor cut to the hand from glass in the building.

The cause of the fire is still under investigation, and a fire investigator is expected to be at the scene today.