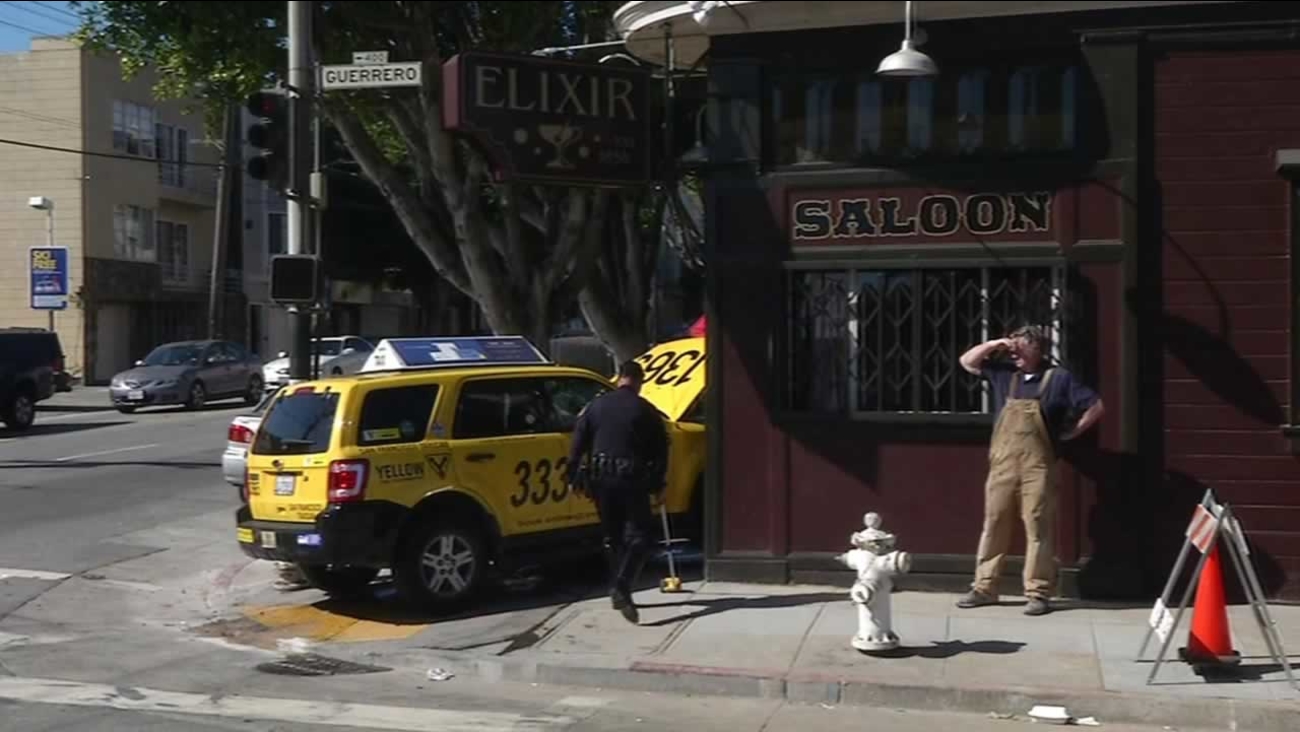 A taxi that collided with an Uber vehicle crashed into the Elixir saloon at the intersection of 16th and Guerrero streets in San Francisco.

A taxicab struck a neighborhood saloon after colliding with an Uber vehicle in San Francisco's Mission Dolores neighborhood this morning, a fire spokeswoman said.

The collision involving the two vehicles was reported at the intersection of 16th and Guerrero streets at 9:24 a.m., San Francisco fire spokeswoman Jen Balestrieri said.

Balestrieri said one person was transported to a hospital with injuries not considered life-threatening. Four others were assessed at the scene but declined medical transport.

A manager at Elixir, located at 3200 16th St. said the cab struck their building, but that fortunately no one was inside the business at the time of the collision.

The manager, Nick, who declined to give his full name, said that the damage doesn't appear to be too extensive, but that they are evaluating what repairs are needed.