Brett Lawrie has big shoes to fill on A's 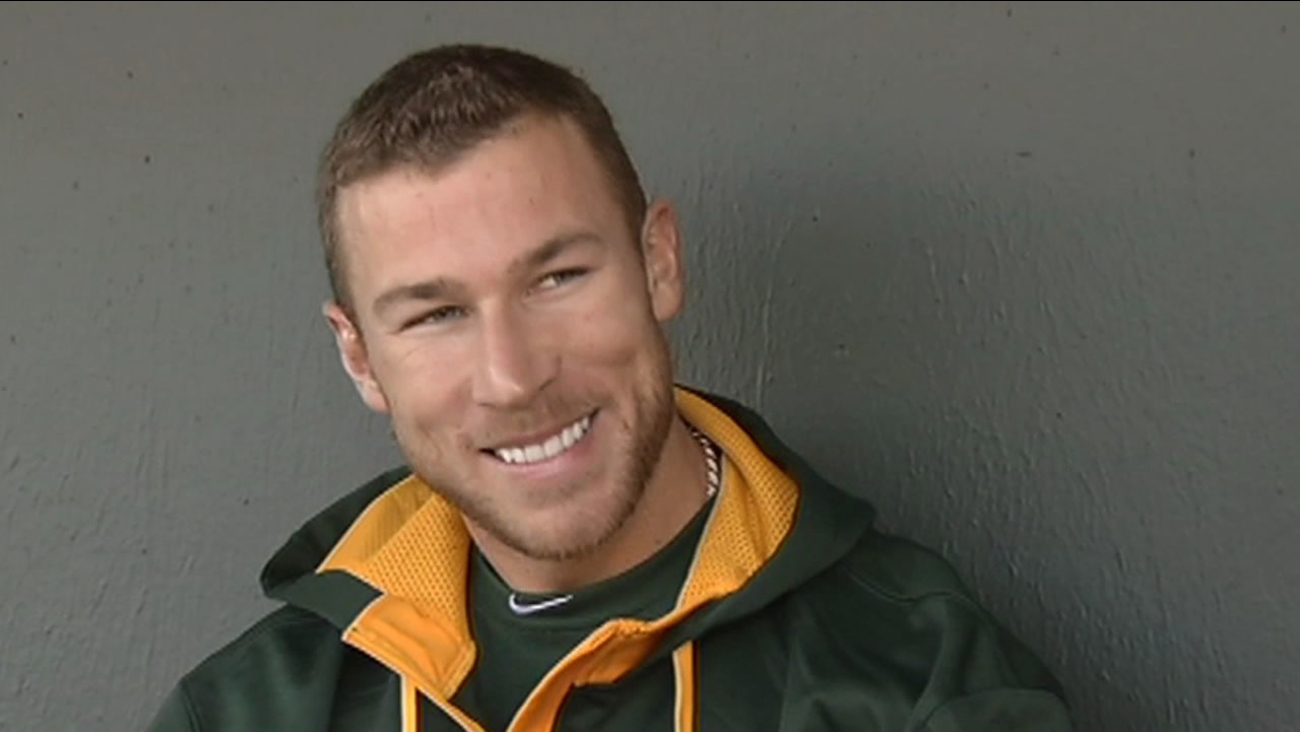 MESA, Ariz. (KGO) -- Nobody has bigger shoes to fill in Oakland A's camp than Brett Lawrie; he replaces fan favorite Josh Donaldson at third base.

While Donaldson was an MVP candidate the past two seasons, Lawrie failed to live up to lofty expectations in Toronto. His second chance starts now.

"I'm not trying to be him, I'm trying to be anyone else, I'm just going out there to be me. They didn't trade for another Josh Donaldson, they traded for Brett Lawrie," Lawrie said.

When asked what he brings to the table, Lawrie said, "I'm a fiery guy. I have a lot of energy out there. I love defense, I love making the routine play and making a good one when I can. I've got some power as well. I expect myself to go out there and do some damage."

Lawrie has been injury prone the past four years in Toronto and claims playing on turf was the reason. He's so happy to be back on natural grass and from what he knows about the A's, he can't wait to play for Oakland and their fans.

"There's always that nitty-gritty team, loud fans and whatnot, but now to have an opportunity to have that side rooting for me, it's very positive," Lawrie said.

Lawrie is really impressed with A's manager Bob Melvin. He said Melvin is "definitely a player's manager and he represents the team well and he's always going to have our backs and I respect that and I'm going to play my butt off for him."

Melvin said, "I don't know that you'll find too many better athletes in the game of baseball. He's fast, he's a good defender. He's got power."

As you may have noticed, Lawrie has a lot of energy. He likes to play golf, ping pong and shoots some hoops in his spare time. When he finally slows down, he'll watch a little T.V.