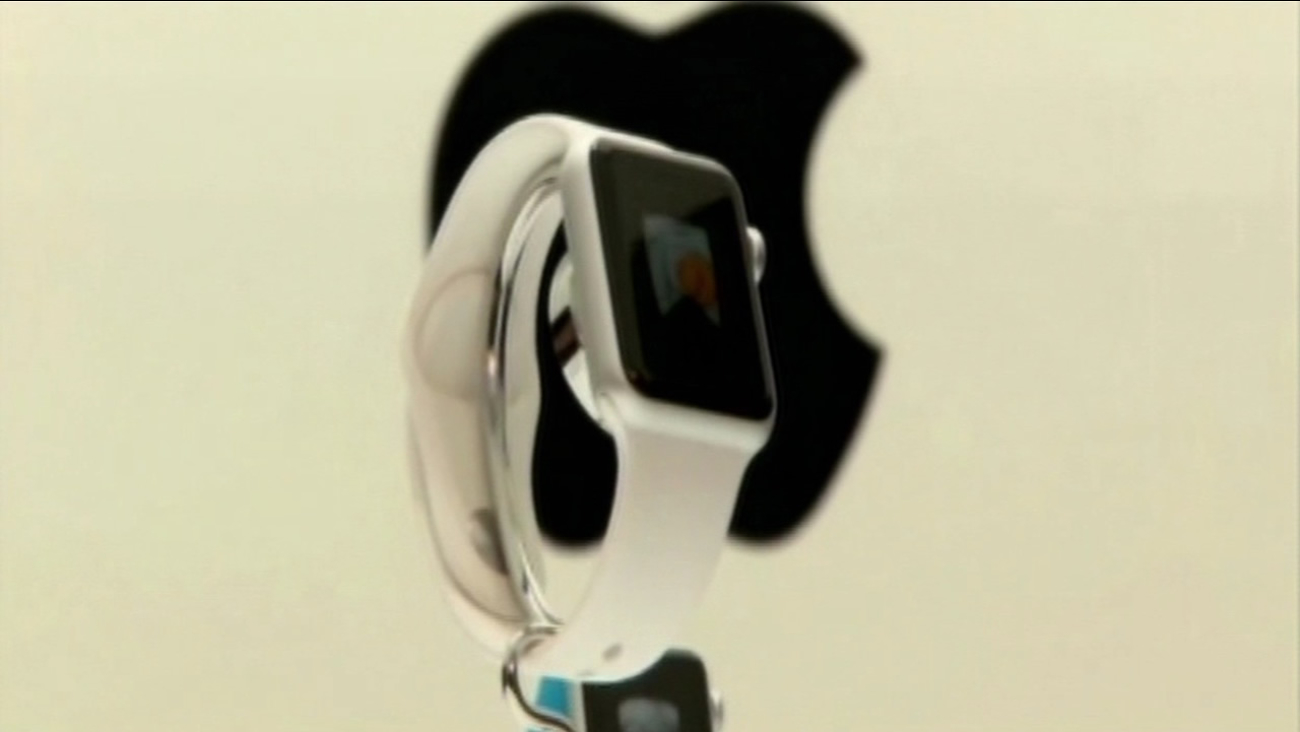 KGO
SAN FRANCISCO (KGO) -- On Monday, Apple fans will find out when they'll be able to get their hands on the company's latest gadget -- the Apple Watch.

Details of its launch are expected to be announced at a special event in San Francisco.

Apple has become a multi-billion dollar company because of their array of game changing devices.

It started with the iconic iPod, then the ubiquitous iPhone and then the iPad.

Apple is now moving into wearable tech with the Apple Watch.

Apple rolled out their initial designs of their Apple Watch during their last big release of the iPhone 6 series.

There will be four different versions of the Apple Watch such as, silver, stainless steel, aluminum and gold, which is expected to sell for thousands of dollars.

The Apple Watch will allow users to get email, send texts and get calls.

But the unveil at the event will give eager customers answers to a few key questions, like battery length integration with their existing hardware, like an iPhone or other Smartphone. And the most important feature may be the availability of apps.

"I'm excited about the Apple watch, I want to check out how and I'm actually looking to buy a Smartwatch. I'm confused between the Android and and Apple watch, so I've waited so long just to see how the Apple watch is," Zeeshan Parkar said.

"Apple rarely the first one on the block with these kinds of things, but they tend to do it well. They integrate hardware, software. I know I sound like an advertisement, but they do, they bring out a perfectly manufactured device," Wayne Rosen said.

ABC7 News talked to a few customers who wondered into the nearby Apple store just off Market Street to see if there were any sneak preview models of the Apple Watch.

They were told they might get a first look Monday after the big event.

Monday's event is supposed to be all about the Apple Watch, but Apple is also expected to reveal details about upgrades to some of their product lines like their Mac books, including what's supposed to be an even smaller Mac Book Air.