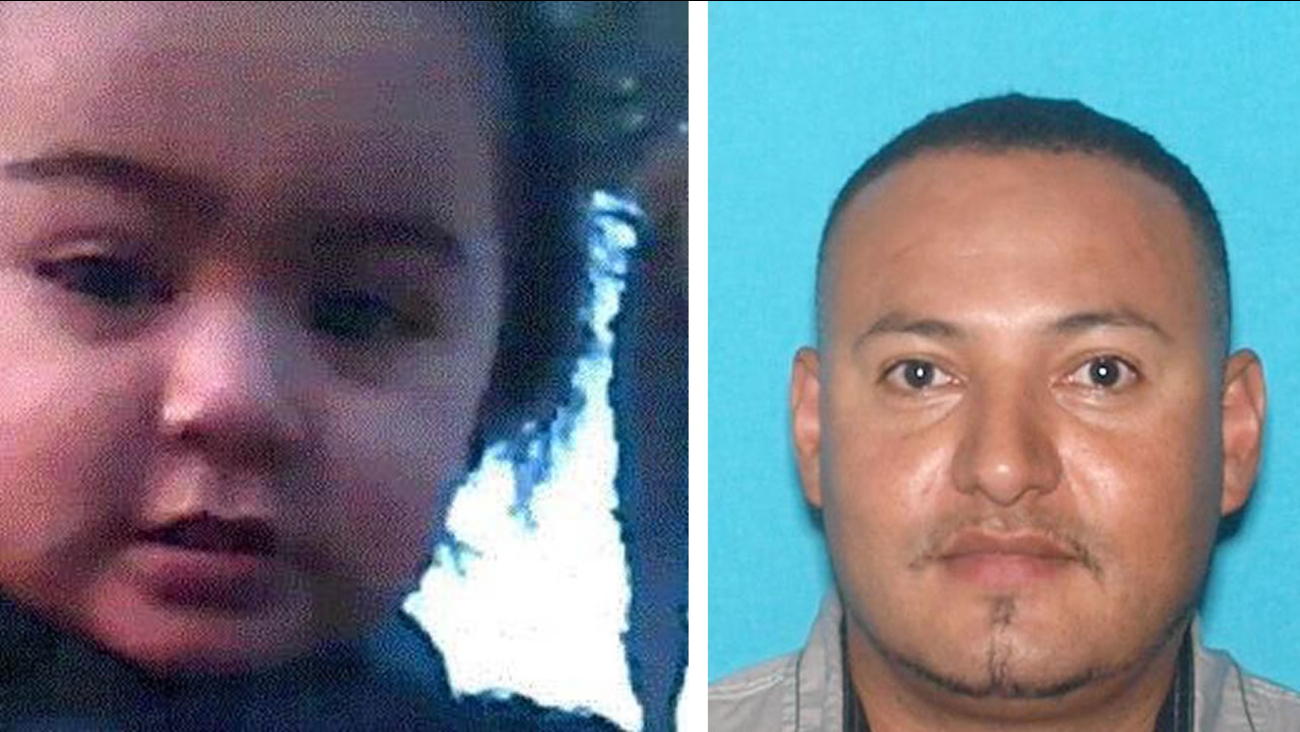 The boy and his father, 37-year-old Giovany Santiago-Enriquez, were located in Tijuana, Mexico Monday night and taken into custody by U.S. marshals. No further details were immediately released.

Santiago-Enriquez allegedly went to his ex-girlfriend's home in the 500 block of West 15th Street at about 1:30 a.m. Monday and stabbed her new boyfriend, puncturing his lung.

Santiago-Enriquez threw a knife out of his car window before fleeing. Responding officers later recovered the knife at the scene.

The suspect then went to his home in Long Beach, picked up his son, Jayden Nathaniel Santiago, and fled from the location.

Santiago-Enriquez had custody of the boy overnight. The suspect was possibly driving a 2006 gray Nissan Altima with the California license plate number 5UCF010.

Police said he was possibly suicidal and had attempted suicide in the past. CHP officials suspected he may have been heading to known contacts in Mexico, Oregon or Washington.

The suspect and his ex-girlfriend share legal custody of Jayden, but the boy's whereabouts were unknown following the attack, which prompted the Amber Alert.

Jayden's mother, Christy Martinez, told Eyewitness News her son has stayed with his father before, but that she didn't know what brought on this sudden attack.

"I'm always like, 'Sure, you're his father. You have the right to see him,'" Martinez said. "But I've always told him just don't ever take him away from me. We could fix everything, work it out like grown-ups, like two adults."

Jayden is Hispanic, 24 inches tall, 26 pounds, with black hair and brown eyes. He was last seen wearing a light brown and green sweater, a green and brown striped onesie and black and white Nike shoes.

Police say Santiago-Enriquez is facing attempted murder charges and is be considered armed and dangerous.

The unidentified victim is listed in stable condition at a local hospital.