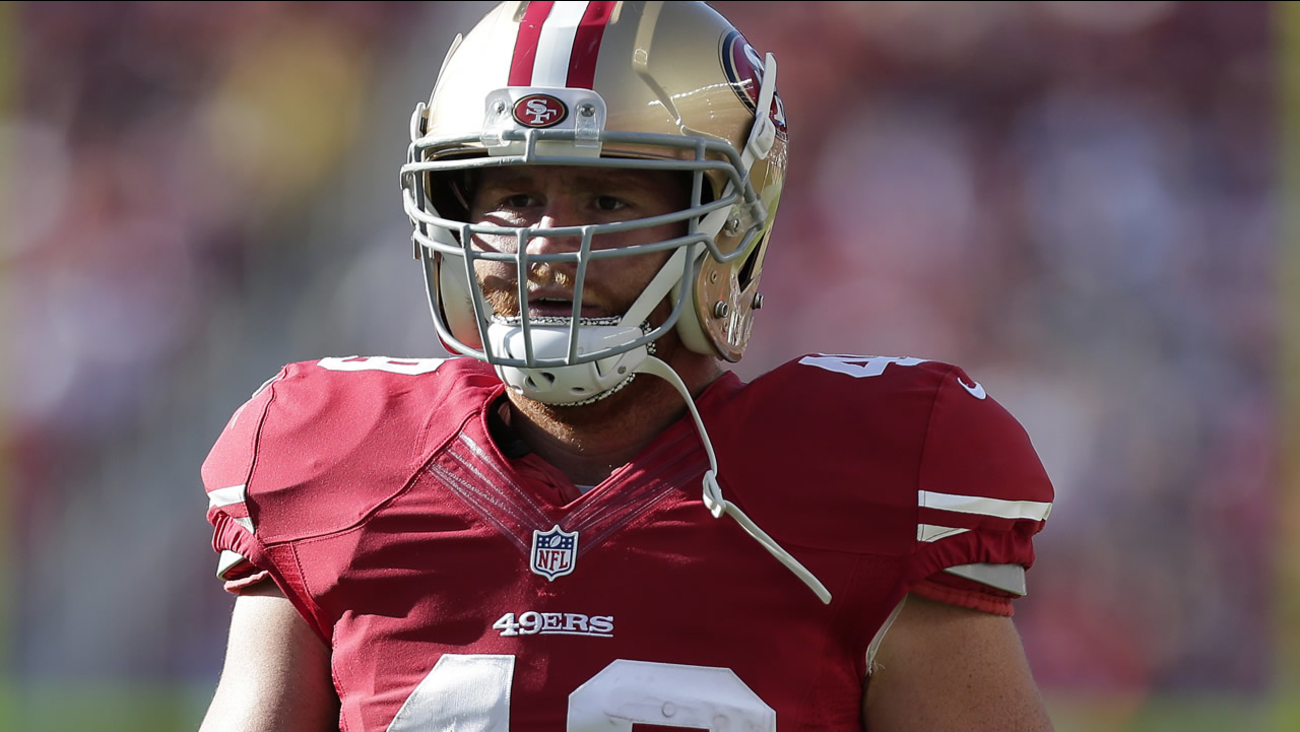 A case summary released Thursday by the Santa Clara police department accuses Miller of pushing his fiance' to the ground, destroying her cell phone. The incident allegedly happened a week ago today at a bagel shop.

Police arrested Miller on one count of spousal battery just before midnight, not far from the 49ers Santa Clara facility.

The Santa Clara County District Attorney's office has received the case of 49ers fullback Bruce Miller, who was arrested on suspicion of spousal battery last week.

District attorney's spokeswoman Cynthia Sumida said in an email to The Associated Press on Wednesday that the case is under review and that Miller has a placeholder arraignment scheduled for April 20. The office will not release any documents or details regarding the facts of the case, she said.

The 49ers said this week that the team is looking into details.

The 27-year-old Miller spoke last fall of being newly engaged and buying a house after receiving a three-year contract extension in March 2014. The 49ers were committed to keeping a key member of their running game through the 2017 season.

Miller is a key run-blocker who cleared the way for Frank Gore's fourth consecutive 1,000-yard rushing season. He impressed the 49ers brass when he converted from college defensive end at Central Florida to NFL fullback. He earned Conference USA Defensive Player of the Year honors while becoming the school's all-time sacks leader with 36 before the 49ers selected him in the seventh round of the 2011 draft.