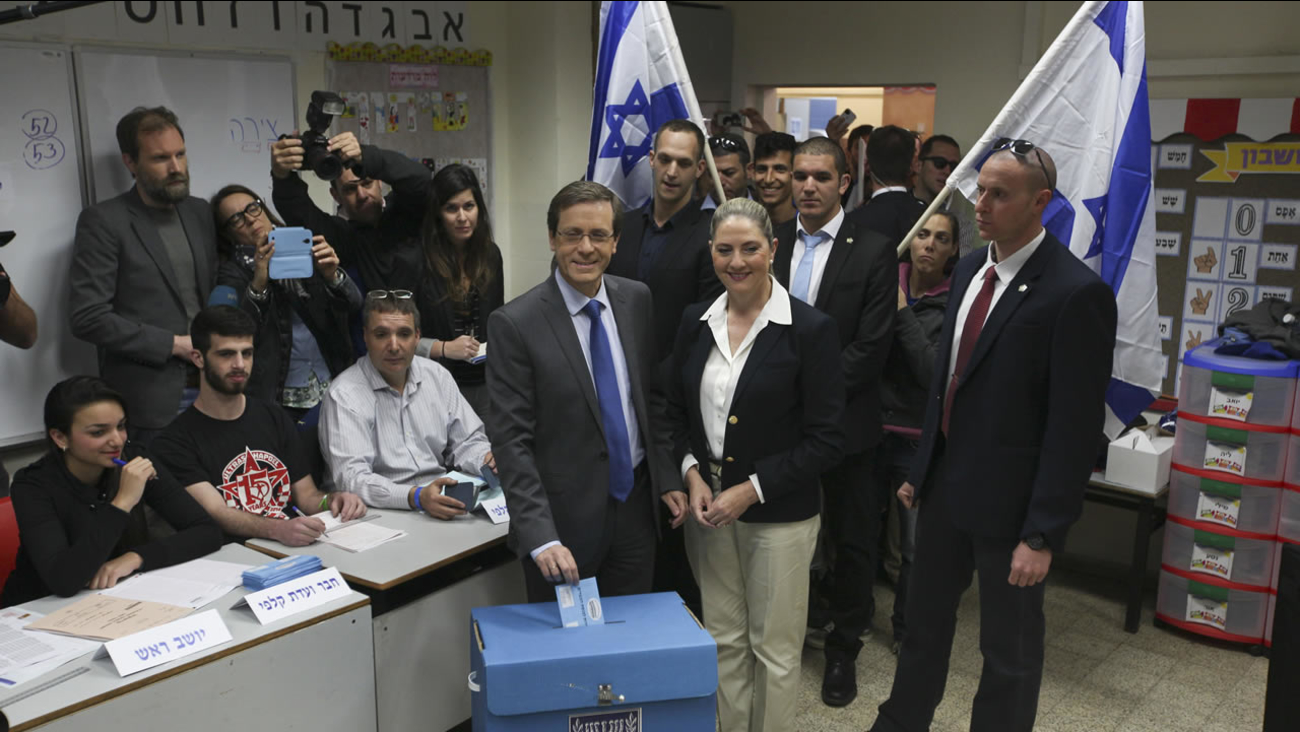 Herzog told supporters early Wednesday that he will make "every effort" to cobble together the next coalition government.

Initial results showed Prime Minister Benjamin Netanyahu's Likud Party and Herzog's Zionist Union in a tight race. But the Likud appeared to be in a slightly better position to attract coalition partners.

The decision will likely lie in the hands of Moshe Kahlon, leader of a new centrist party that could deliver the required support to secure a majority. Kahlon, whose platform focused on reducing Israel's high cost of living, has refused to endorse one side of the other.

Herzog said he has spoken to potential coalition partners and is committed to forming a "real social reconciliation government."

A Netanyahu win may complicate the situation in the Middle East. On Monday, the Israeli prime minister ruled out the establishment of a Palestinian state and vowed to keep building east Jerusalem settlements, in violation of international law.