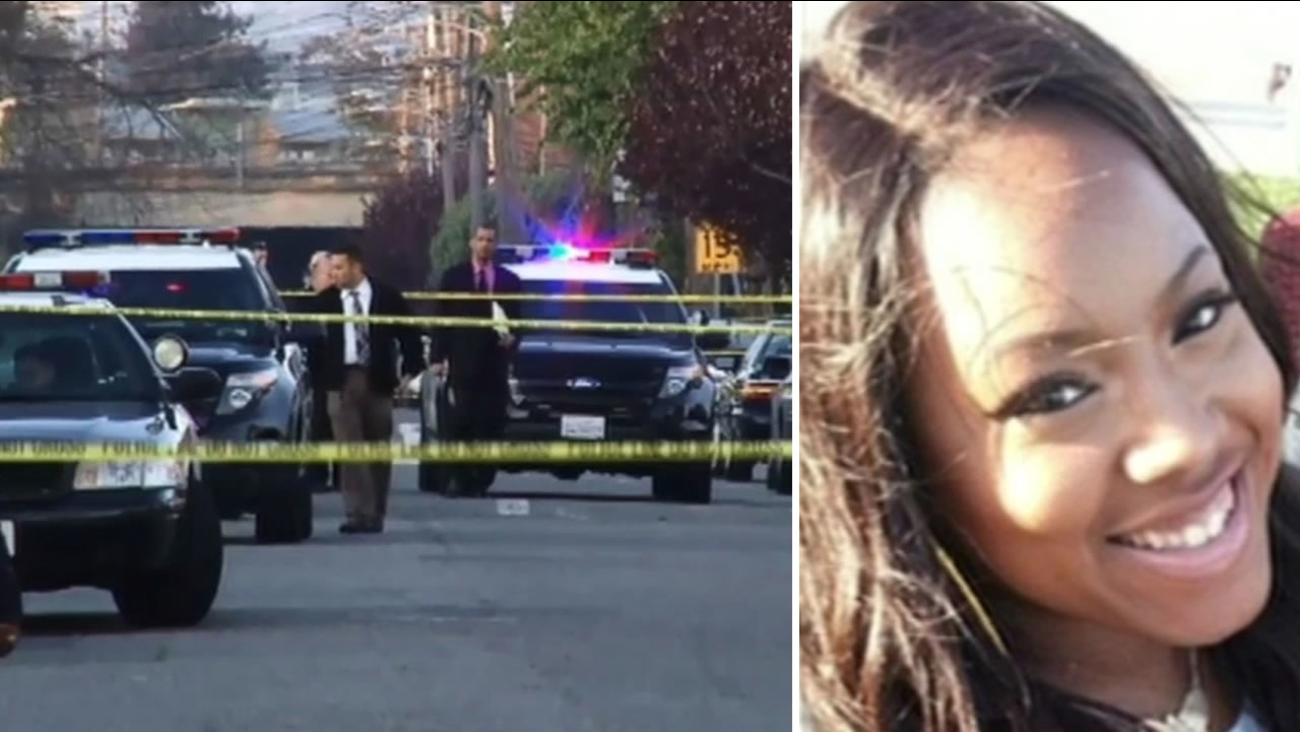 OAKLAND, Calif. -- Oakland police held a news conference on Tuesday afternoon with Mayor Libby Schaaf to announce that two additional suspects have been charged with murder in the fatal shooting of a West Oakland mother last week.

Jerry Lewis Harbin and Shelton McDaniels, both 29, were arrested over the weekend and arraigned Tuesday. They are expected to appear in court again Wednesday, according to Alameda County prosecutors.

Harbin and McDaniels are believed to have participated in the gunfight that took the life of 30-year-old Chyemil Pierce, the mother of three young children, around 4:45 p.m. on March 9 in the 2900 block of Chestnut Street.

Both men have prior felony convictions and this would be McDaniels' second strike if convicted, according to court documents.

They will join 19-year-old Anthony Sims as co-defendants in the case. A 29-year-old woman was also arrested over the weekend as an accessory in the case but prosecutors chose not to file charges against her.

Assistant District Attorney Teresa Drenick said Pierce was shot in the back of the head. Drenick said the district attorney's office takes an aggressive stance with criminal defendants who harm innocent bystanders on city streets, "no matter which person fired the fatal bullet."

Police have said Pierce was trying to rush her children to safety when she was shot and that the shooting occurred after groups of male suspects got into an argument between female suspects on the street.

Oakland police Chief Sean Whent said senseless tragedies like Pierce's death cannot be tolerated. Whent thanked the community for their assistance in the investigation, which he said is still ongoing.

"There are more arrests possible, so we cannot comment on all the specifics at this time," Whent said.

Schaaf said it brings her comfort to know that those responsible for Pierce's death will be held accountable. She thanked Oakland police and the district attorney's office for their work in this investigation.

"I want to reemphasize that we are not just dedicated to bringing these people to justice," Schaaf said. "We are going to continue to work in partnership with all of these law enforcement partners to also prevent these types of incidents from happening."

Residents of the West Oakland neighborhood where the shooting took place called police 13 minutes before the first shots were fired to report the argument, but police did not respond to the call.

Since Pierce's death, some residents have expressed doubts as to whether City Hall has the political will to make their neighborhood safe.

Schaaf bristled when that sentiment was relayed to her during Tuesday's news conference.

"There is the political will to make this city safer, and a big part of that is increasing our ability to bring enforcement wherever it is needed in any part of this city," Schaaf said. "That is something that we are all committed to doing -- increase the resources for this Police Department. You are going to see that in this mayor's budget."
Related topics:
oaklandwest oaklandcrimearrestcourtshootoutopdcourt caseshootingwoman killedmother attackedinvestigation
Copyright 2021 by Bay City News, Inc. Republication, re-transmission or reuse without the express written consent of Bay City News, Inc. Is prohibited.
RELATED
3 arrested in fatal shooting of mother in West Oakland
Suspect in gunfight that killed mother in West Oakland hires attorney
Man arrested for shooting of mother in West Oakland
OPD questions possible suspects in shooting death of woman
TOP STORIES
Shelter-in-place order issued for San Jose brush fire
Election to recall Newsom is much tighter among these CA voters: poll
Flex Alert issued for California for Wednesday from 4 p.m. to 9 p.m.
CDC reverses course on indoor masks in some parts of US
Santa Cruz concert linked to positive COVID-19 cases
Gov. Newsom pulls kids from summer camp with no mask requirement
Barbara Boxer recounts attack near her Oakland apartment
Show More
Bear cub recovers from Tamarack Fire burns
Oakland author discusses new book 'While We Were Dating'
Bay Area teen attacked by crocodile while vacationing in Mexico
Black car buyer's experience marred by dealer's 'racist' Facebook post
CSU to require all students, staff to get COVID-19 vaccine
More TOP STORIES News