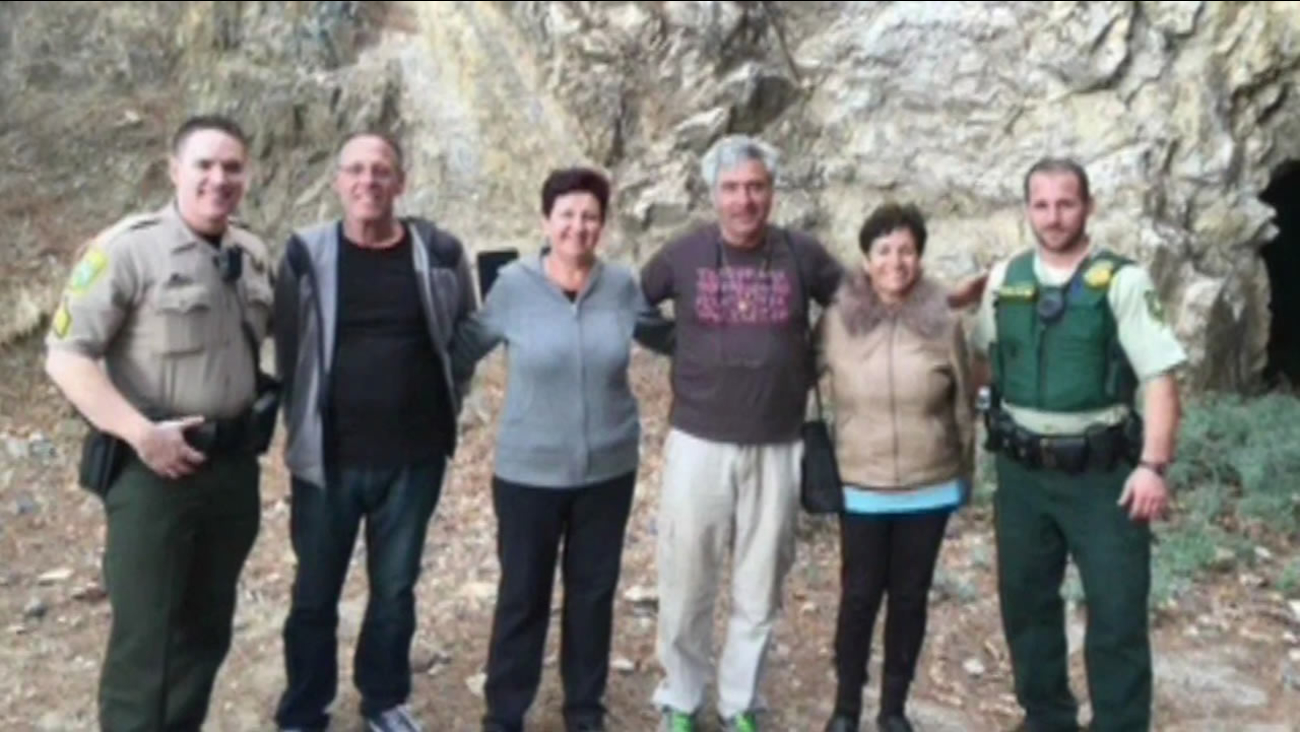 KGO
A family of four was rescued after spending a night lost in Yosemite.

Crews helped rescue the Safir family from an area in the national park known as Chowchilla Mountain.

The Fresno Bee reports the four adults called the Mariposa County Sheriff's office asking for help at 6:30 p.m. on Tuesday.

The family spoke little English, but told deputies they drove out of Stockton for about six hours before they ended up lost on a dirt road in the middle of the forest.

The newspaper reports rescuers from several different agencies were able to track their phones and GPS to the area.