Campbell father arrested for murder for running over stepdaughter 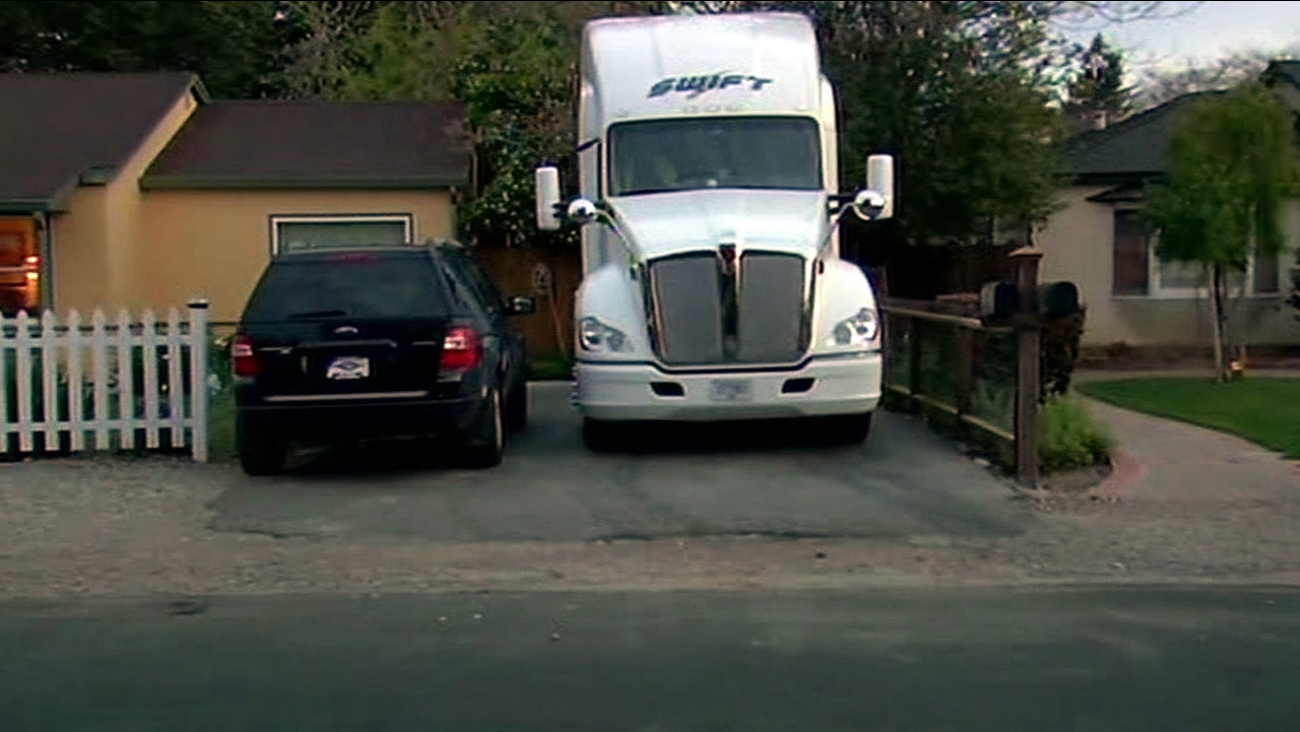 Filip Handl has been arrested for murder after police say he ran over and killed his own stepdaughter in their driveway while he drove drunk on March 19, 2015. (ABC7 News)

CAMPBELL, Calif. (KGO) -- A South Bay father has been arrested for murder after police say he ran over and killed his own stepdaughter in their driveway. Campbell police say 60-year-old Filip Handl was drunk when it happened.

The family is devastated. The woman is dead, leaving behind her partner of 26 years, their 15-year-old son who is disabled and needs 24-hour care, her sisters and her mother -- an elderly woman whose husband is now in jail. And on top of everything else, this family on Friday should have been celebrating the victim's 42nd birthday.

Frances is not only reeling from the death of her daughter, Leslie Carroll, she's forced to see it over and over again in her mind because she witnessed it.

"I was right there where I saw her face. It was like, 'Dad, what are you doing?' and it haunts me," Frances said.

Frances says her husband, Filip, had been drinking all day when he left to go to a liquor store around the corner.

When he got home, just before 5 p.m. Thursday, Leslie was in the driveway, trying to guide him into a parking spot. The family says Filip hit the gas instead of the brake and ran over Leslie. She died on the driveway at the hands of the man who raised her.

"He never intended to do it, but it's done and it can't be taken back. I lost my daughter," Frances said.

Campbell police say Filip was drunk. They arrested him on suspicion of second degree murder.

"Based on his statements and the investigation, it became very apparent that he understood the potential consequences of driving drunk," Campbell Police Capt. Gary Berg said.

"The only reason I'm doing this [interview], is if someone thinks they can have one or two beers and drive down the street, pull into their driveway, without any consequence -- think again. Think again," Frances said.

Leslie's family now planning a funeral, instead of a birthday party.