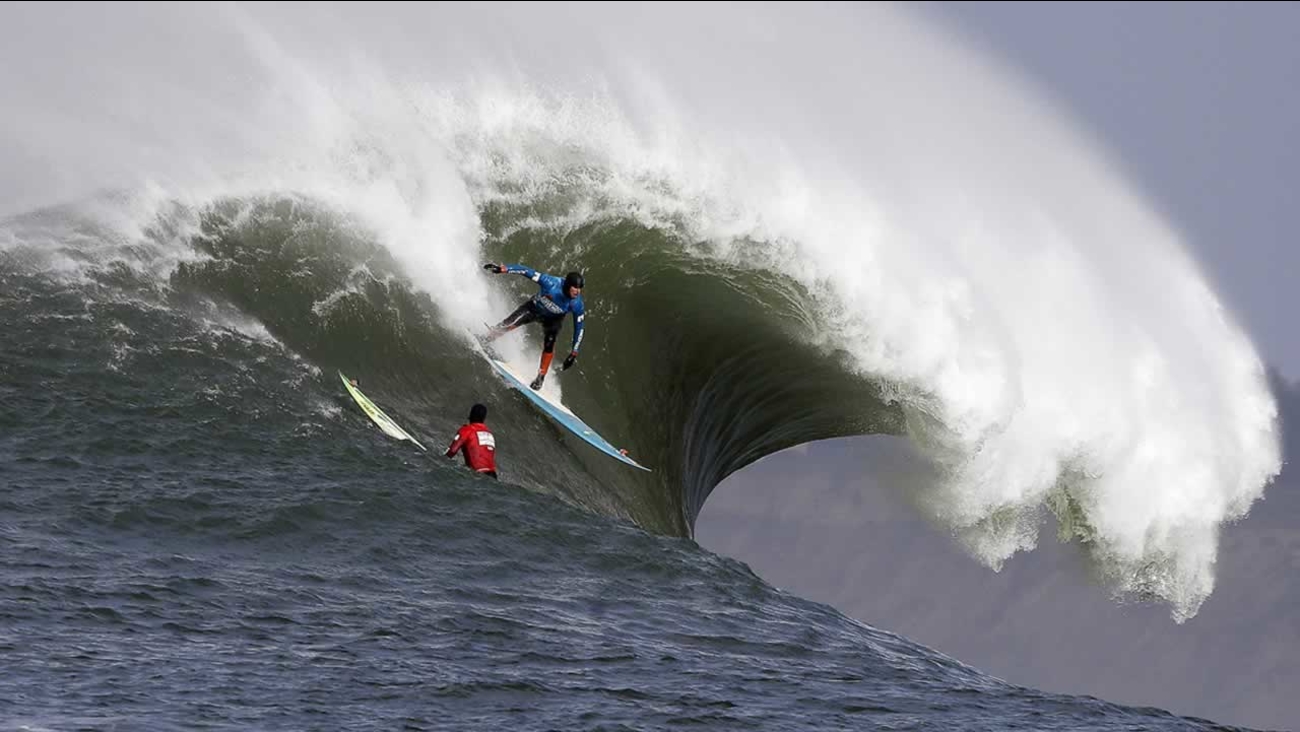 Peter Mel catches a wave during the second heat of the first round of the Mavericks Invitational big wave surf contest Friday, Jan. 24, 2014, in Half Moon Bay. (AP Photo/Eric Risberg)

Mavericks attracts 24 of the world's top surfers to the San Mateo County coast near Half Moon Bay.

There were some 40 to 50-foot swells in December but, because of a change in promoters this year, the window for the contest didn't open until January 1.

With only a week to go until the window closes, it doesn't look like there will be any more world-class waves.