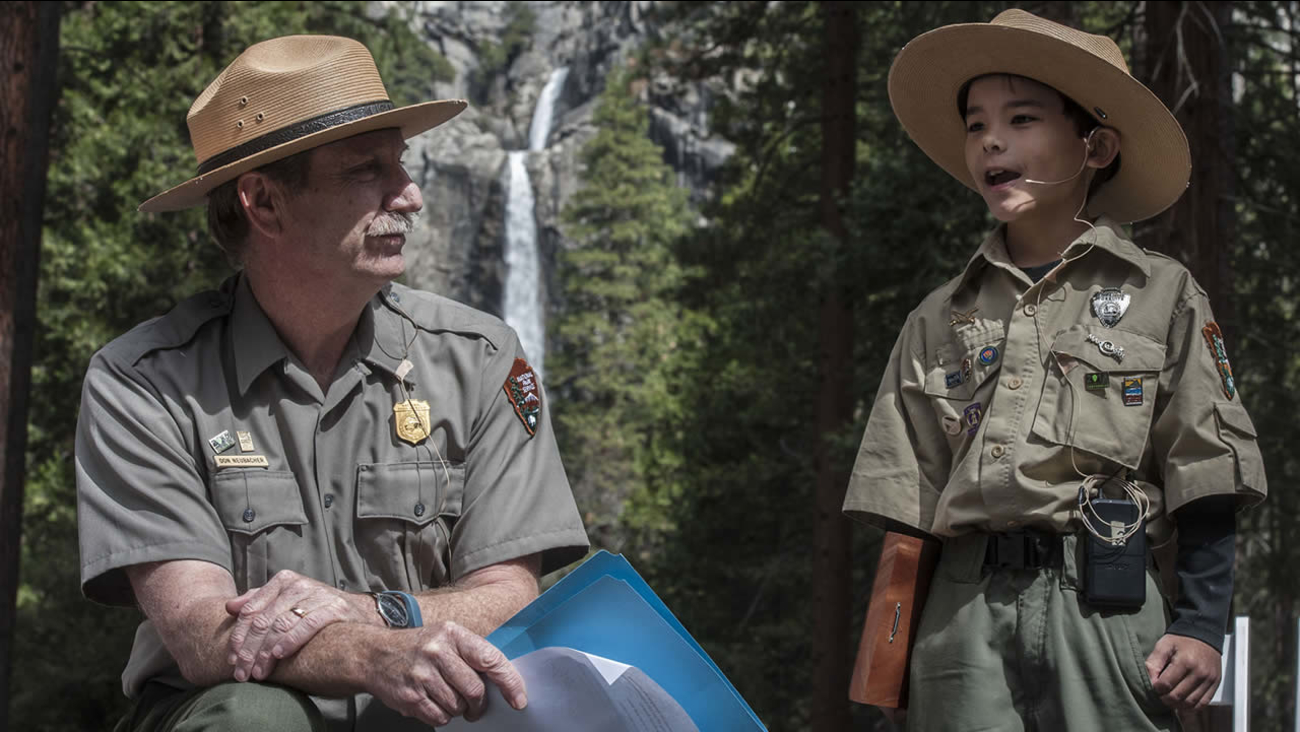 Hundreds of people gathered at lower Yosemite Falls to kick off the park's 125th anniversary. The theme of the event was "Youth of Today: Park Stewards of Tomorrow."

Ranger Gabriel Lavan-Ying from Gainesville, Florida served as the event's Honorary Chairmen. The 9-year-old has a connective tissue disorder. He first visited the park as an honorary ranger through the Make-A-Wish Foundation last June. 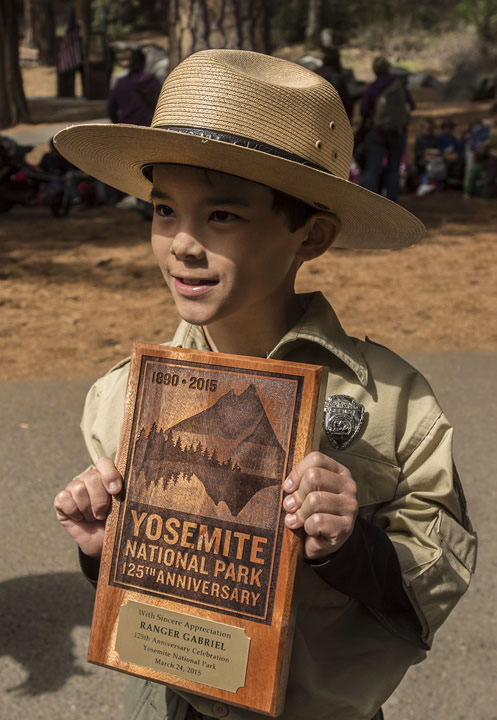 "It feels awesome because I never got to have this opportunity to be a chairman, and I'm a chairman in Yosemite, I just love that," Gabriel said.

Park Superintendent Don Neubacher added, "The focus of today's celebration and next year's Centennial of the National Park Service is on young people. The students of today will be the park stewards of tomorrow and we are making every effort to connect young people to national parks, an integral part of America's heritage. We are so pleased that Ranger Gabriel was here to help us kick off the Anniversary. He is truly an inspiration to us all, and we're honored that he agreed to serve as the Honorary Chairman of the year-long Anniversary celebration."

During Tuesday's ceremony, hundreds of students from the Yosemite region and Sacramento attended the event. Five students, from third-grade through the university level, also had a chance to read letters to the future stewards of Yosemite National Park.