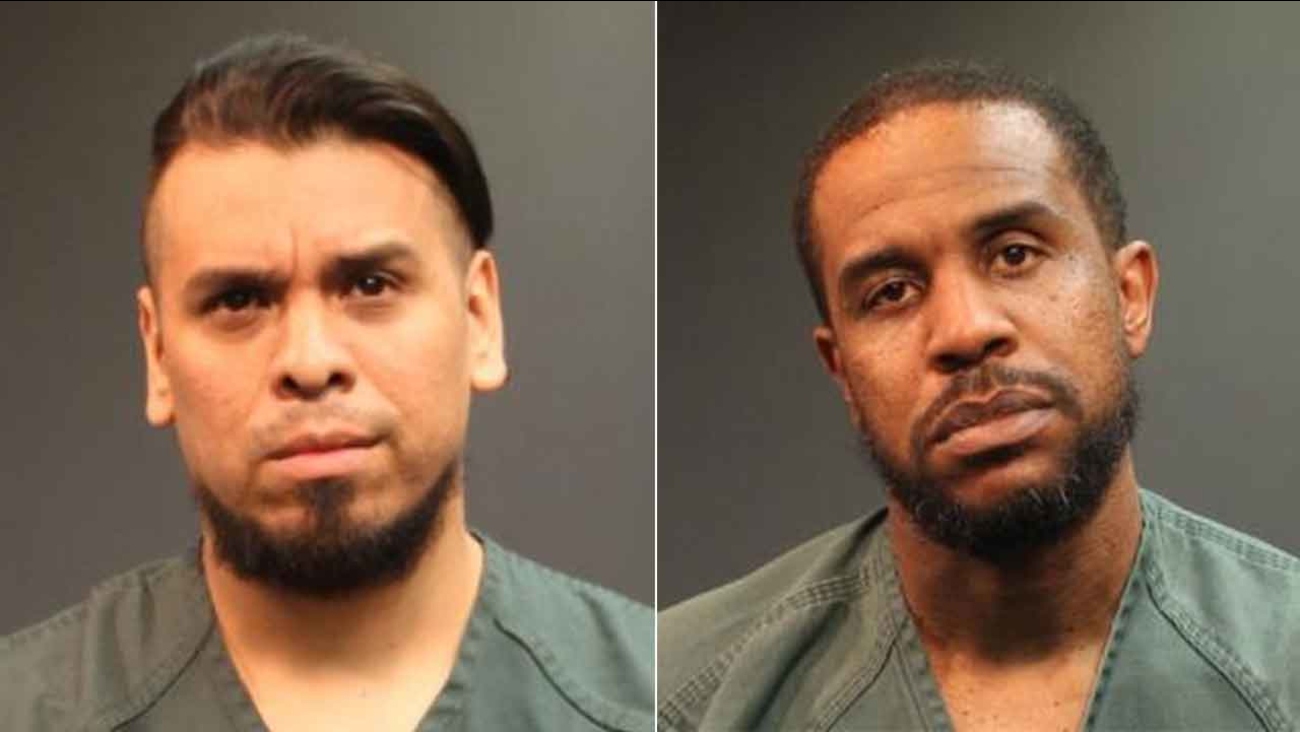 Felipe Andres Coronel, who performs as Immortal Technique, and Steven Alexander McDaniel are seen in these booking photos provided by the Santa Ana Police Department.

SANTA ANA, Calif. -- Immortal Technique was arrested for allegedly beating and robbing a couple of T-shirt vendors outside the Observatory in Santa Ana Thursday, where he was slated to perform with Talib Kweli.

The rapper, whose real name is Felipe Andres Coronel, was arrested along with tour manager Steven Alexander McDaniel.

Both men were booked on suspicion of robbery and attempting to prevent or dissuade a victim from reporting a crime, according to Santa Ana police Cpl. Anthony Bertagna.

The vendors told Santa Ana police they were confronted by a group of 10 to 12 members of the rapper's entourage at about 7:45 p.m.

The victims had their T-shirts, cash and cellphones forcibly taken from them. Police say the violent confrontation was over the vendors selling T-shirts with the rapper's logo.

"The group confronted them about not receiving money from the sale of the T-shirts," Bertagna said.

Both men posted $50,000 bail and were released Friday, according to jail records.

The investigation is ongoing. Anyone with further information was urged to contact Santa Ana Police Department Robbery Detective Garcia at (714) 245-8408.