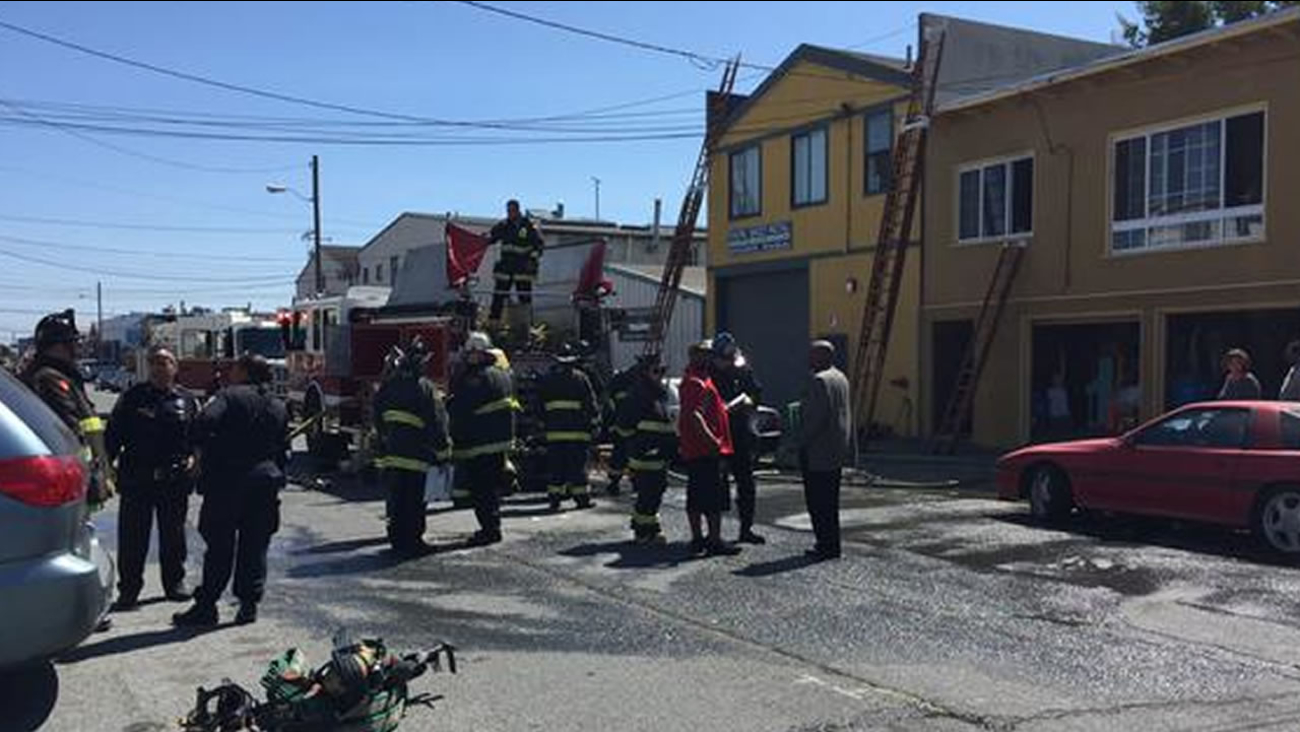 Firefighters arrived and found smoke billowing from the roof of the two-story residential building with flames spreading to a second building.

A second-alarm response was called. Firefighters got the fire under control at 1:24 p.m., Talmadge said.

The burning building was occupied when the fire broke out and at least one resident escaped uninjured. Although Talmadge did not immediately know the extent of the damage, she said residents of the home would likely be displaced.

No one was injured by the fire, Talmadge said. Its cause is under investigation.