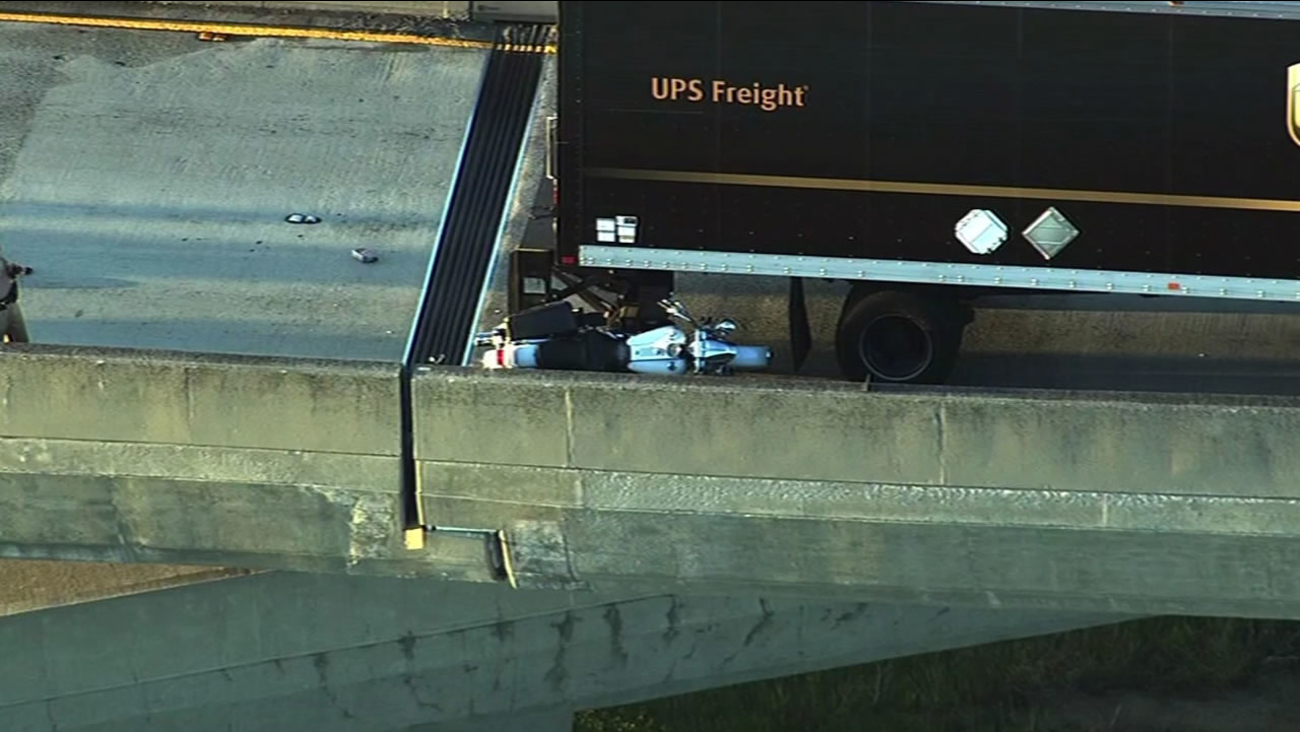 A motorcycle crash that killed a Hayward man in San Mateo April 2, 2015 is being investigated as a possible hit and run.

SAN MATEO, Calif. -- A motorcycle crash that killed a Hayward man in San Mateo Thursday evening is being investigated as a possible hit and run, according to a California Highway Patrol spokesman.

The motorcyclist, described only as a Hayward resident, was on the connector ramp from southbound U.S. Highway 101 to eastbound state Highway 92 shortly before 6 p.m. when he lost control of his motorcycle for an unknown reason, according to Officer Moises Escoto.

The rider went over the railing of the connector ramp and landed in a grassy area, suffering fatal injuries.

CHP investigators are still working to determine what caused the rider to lose control and whether another vehicle was involved.

Some witnesses reported seeing the motorcycle involved in a collision with a white SUV that initially stopped, but later left the scene on east bound Highway 92. The SUV might have sustained some damage to the right-hand side, Escoto said.

The collision closed the connector ramp until shortly before 8:30 p.m. snarling traffic in the area.

The CHP is actively looking for witnesses to the incident and is asking anyone who saw the crash to call the Redwood City CHP office at (650) 369-6261.