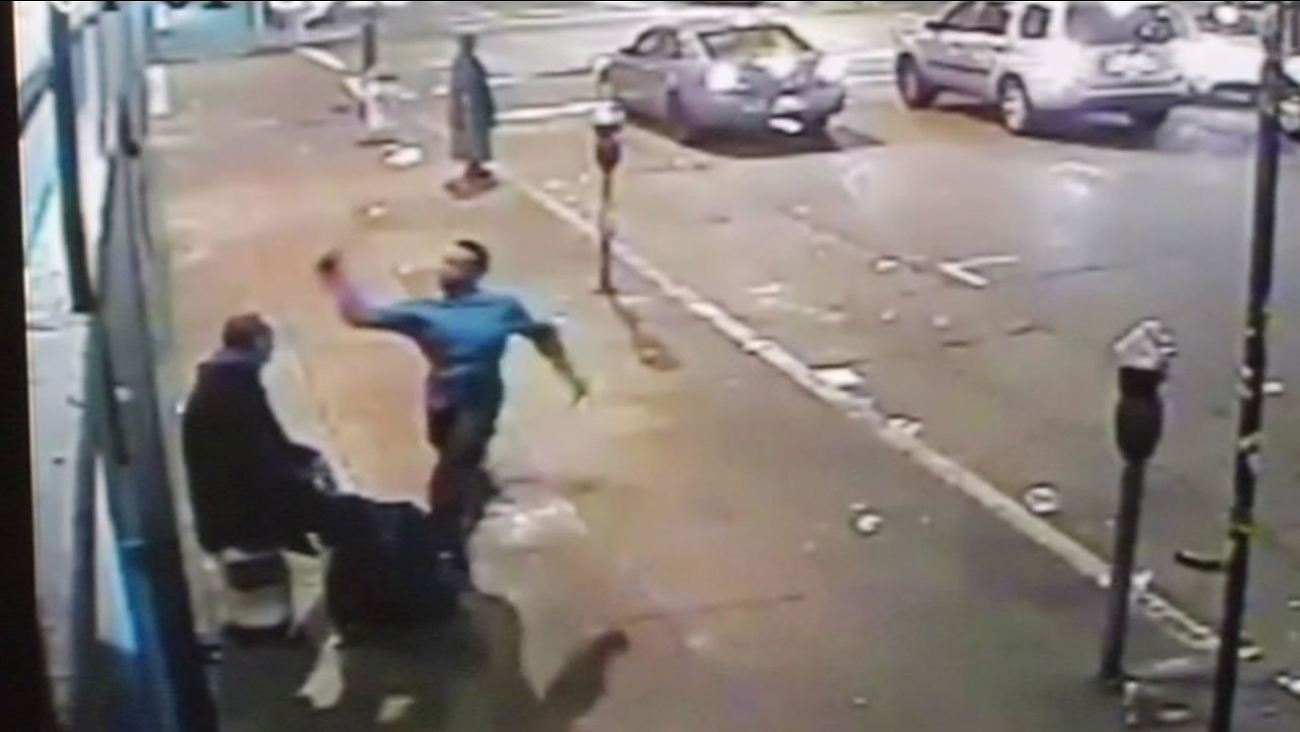 San Francisco police have arrested Authur Lee Jones, the suspect who allegedly beat a homeless man with a metal rod in the Tenderloin on Wednesday, April 1, 2015. (KGO) (KGO-TV)

SAN FRANCISCO (KGO) -- San Francisco police are searching for a man accused of brutally beating a homeless man with a pipe near the Tenderloin.

Surveillance video shows Jones smashing the victim in the head with some kind of pipe or bat.

The incident happened a little before 9:30 p.m. Wednesday night.

Surveillance video captured the suspect who allegedly beat a homeless man with a metal rod on Larkin and Geary streets April 1, 2015.

Justin Cunningham is also seen in the video, on the right side of the screen, smoking just feet away as the suspect walks by.

Cunningham did not recognize the attacker, but said the suspect might have been involved in a fight that happened on the block earlier in the night.

He thinks the attacker might have mistook the homeless man for someone else.

"And then I'm back out here when everything is said and done, and out of nowhere comes this guy out of the corner. And again I didn't think much of it I had just lit up a smoke. Robert is hit on the head by a pipe," explained Cunningham.

Manfredi says the victim lost a lot of blood and needed 50 stitches. He's taking this case personally because he knows the homeless man.

"He's a very nice man. He doesn't try to harm anyone. He always says hi to everyone who says hi to him," Manfredi said.

The owner of the Gangway Bar also knows the victim. He says his name is Robert, who seems to be well know in the area.

"He was a pain in the butt, for the most part but he was OK. He never bothered anybody," said Fredrick McCallister, a San Francisco resident.

Fredrick McCallister brought flowers and candles to the scene. "These are like, little flowers, maybe they'll help him get better," McCallister said.