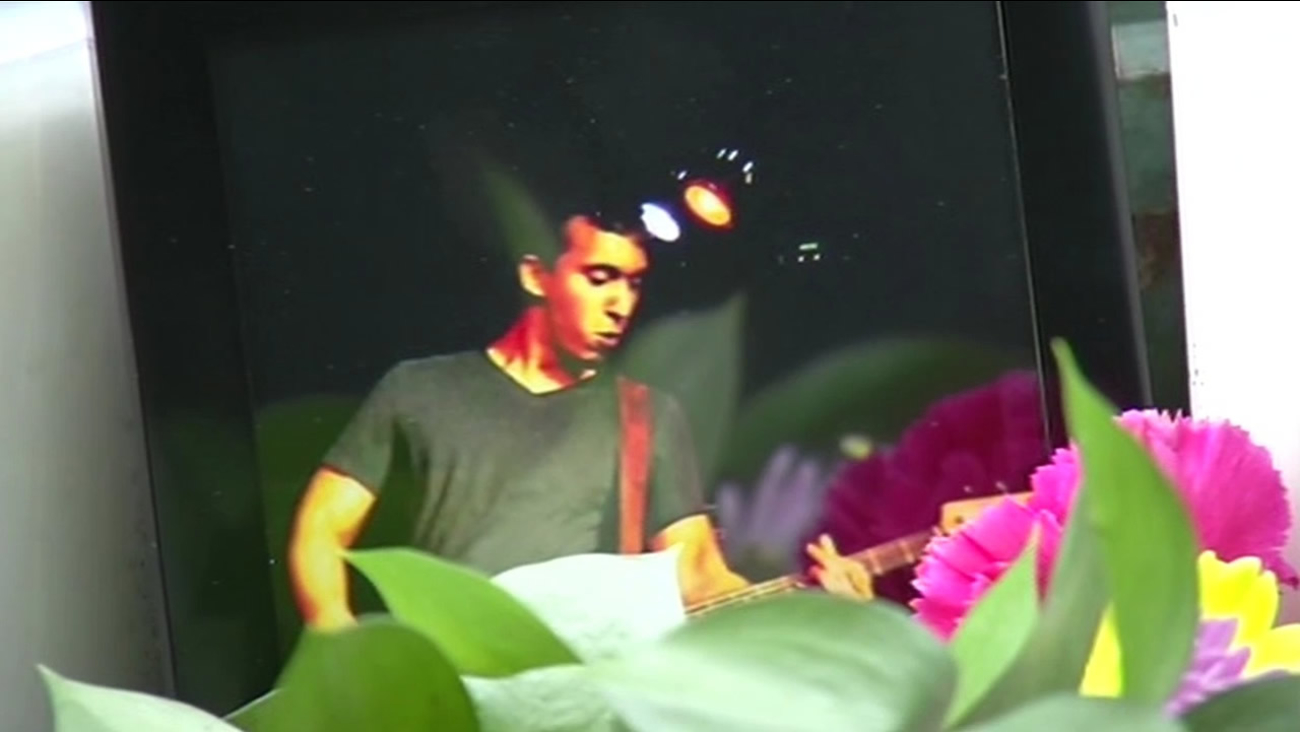 OAKLAND, Calif. (KGO) -- A memorial is growing for a local musician who was fatally shot by a stray bullet in Oakland.

People have been leaving flowers and candles outside the Golden Bull Bar.

The shooting happened outside the Golden Bull Bar on 14th and Franklin streets at about 1:18 a.m. Sunday.

Police tell our media partner, the Bay Area News Group, that the 26-year-old was packing up his equipment after a show in the area, he he was hit by gunfire.

Officers say the shooting erupted after a nearby argument between two men, and one of those men began shooting.

A second innocent bystander was wounded in the arm.

The gunman remains on the run.

Investigators are now asking for witnesses to come forward.