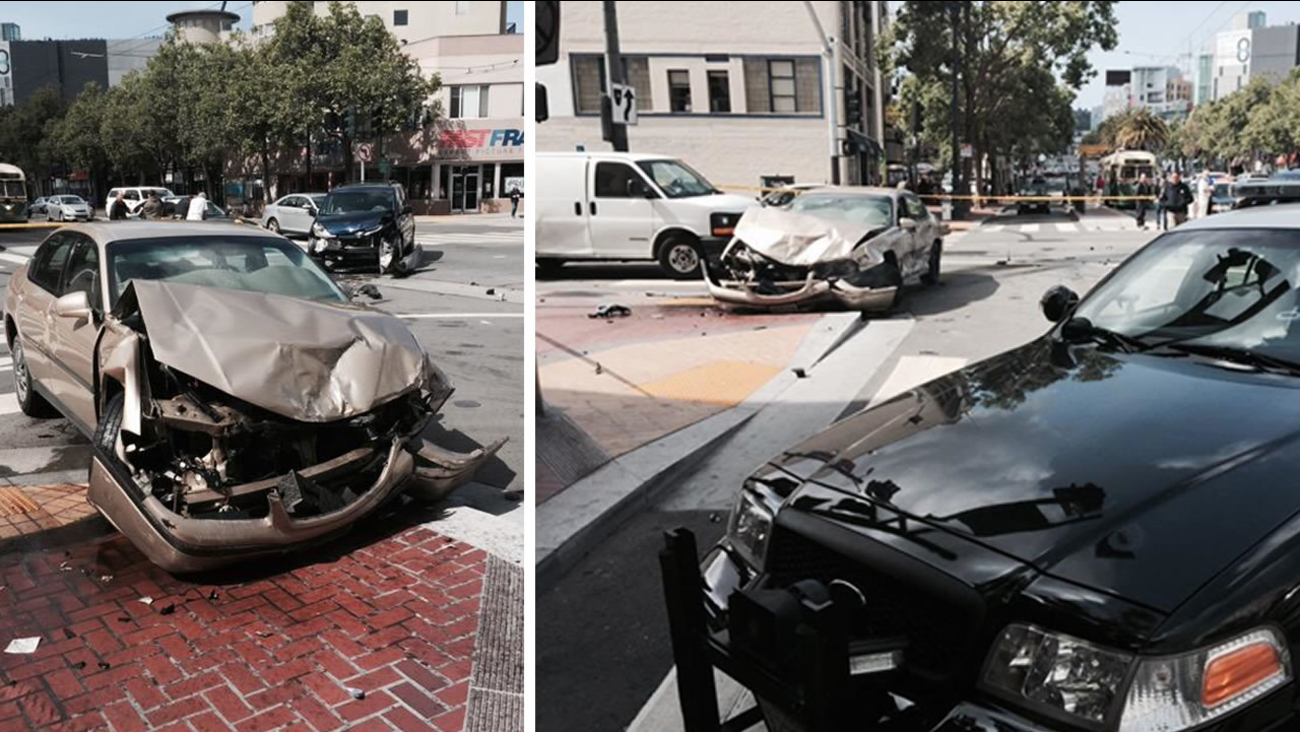 At 10:37 a.m., Oakland police in the area of High and Suter streets spotted a Chevrolet Impala that had been reported stolen in a Stockton carjacking, according to Oakland police. The officers followed the car onto nearby westbound Interstate Highway 580.

Oakland police followed the car to the Lakeshore Avenue area and notified the CHP that the suspects were continuing on I-580, Oakland-area CHP spokesman Sean Wilkenfeld said.

The driver continued onto Interstate Highway 80 to the Bay Bridge, where he went through the toll plaza with CHP officers following behind him, Wilkenfeld said.

The officers tried to pull the driver over on the bridge, but the driver wouldn't pull over. The CHP officers pursued the Impala as the driver fled and sideswiped a few vehicles on the highway, CHP San Francisco spokesman Officer Vu Williams said.

Eventually the driver exited the highway at Octavia Street and continued fleeing on San Francisco city streets, where the Impala struck another car near the intersection of Market and Gough streets. The two occupants then got out of the Impala and took off running.

CHP officers captured both suspects about a block east of the crash scene and arrested them, Williams said. There were no reports of injuries from the crash.