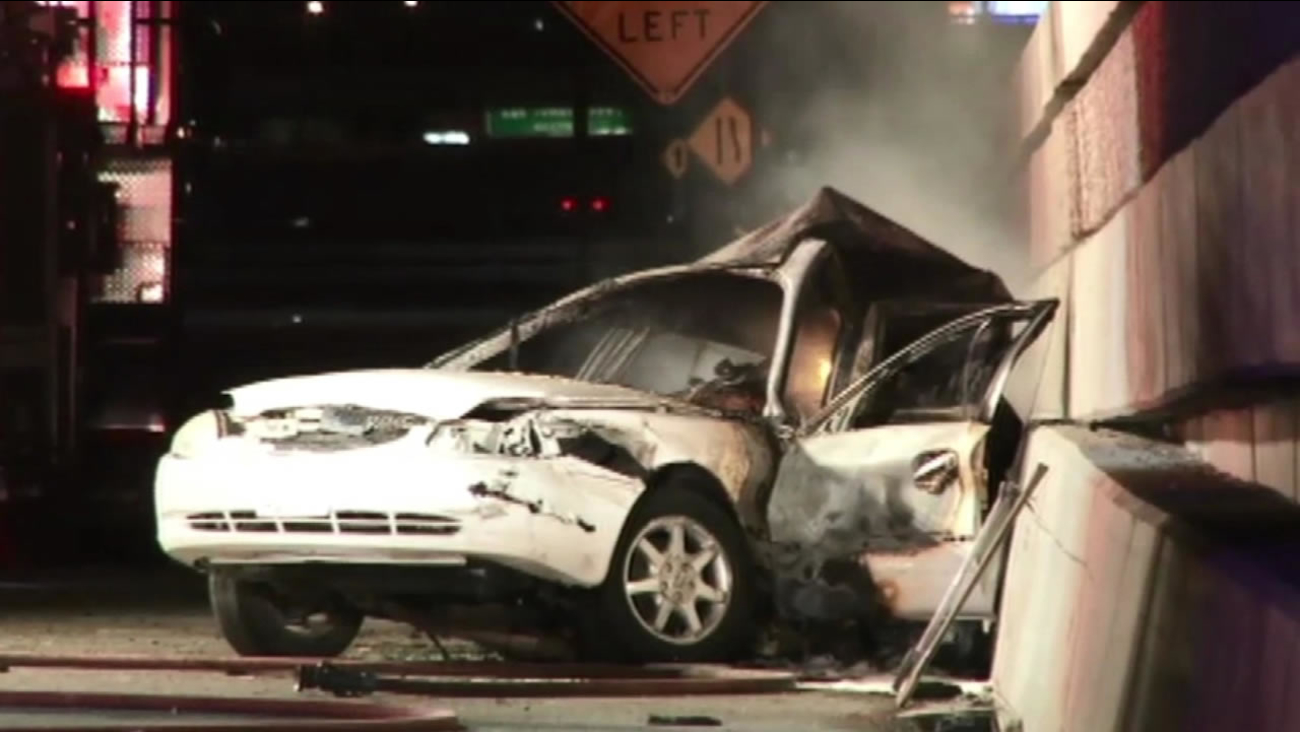 SANTA CLARA, Calif. (KGO) -- Police arrested a suspect accused of crashing into another car while driving under the influence in Santa Clara early this morning.

The CHP says two drivers crashed into each other on northbound Highwaway 101 in Santa Clara just after midnight.

One car appears to have stalled on the highway and was hit by a Ford pickup, which then caught on fire. The driver inside was killed.

The first driver took off and was later found hiding behind a dumpster on Great America Parkway.