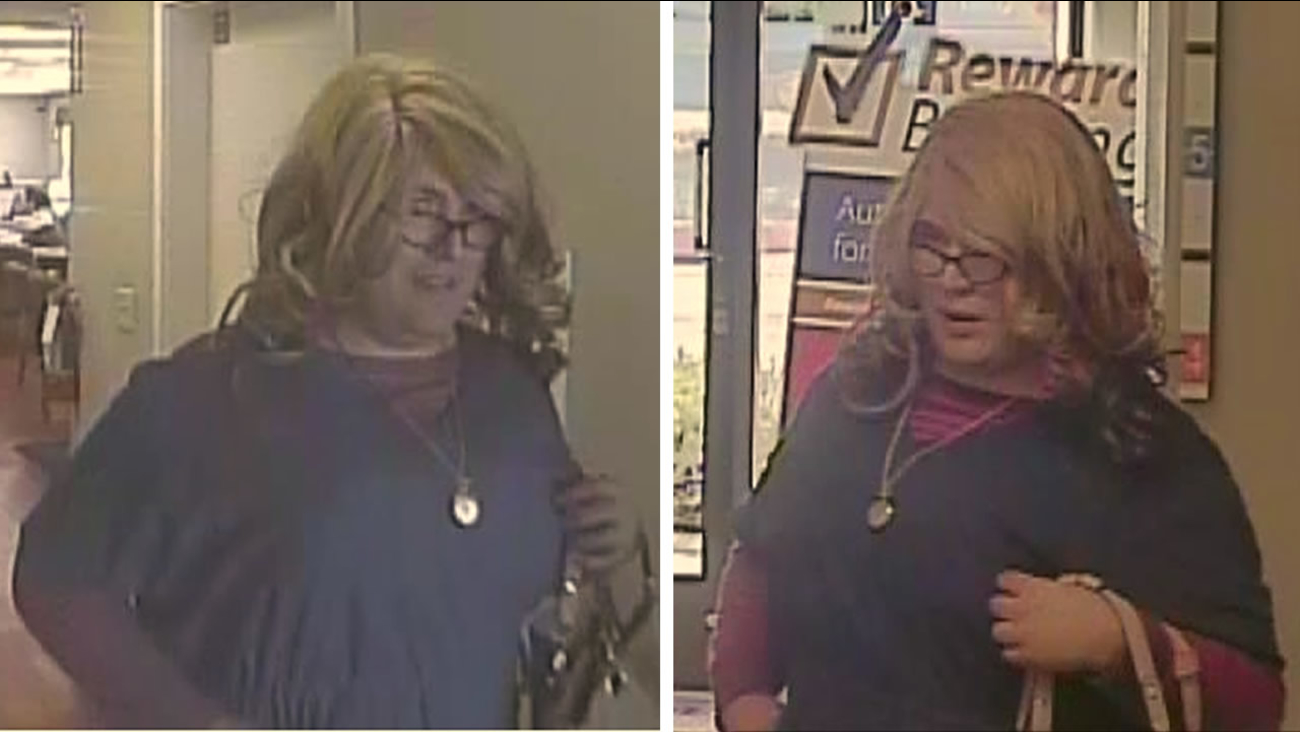 Police are searching for a "Mrs. Doubtfire" lookalike who robbed a bank in Santa Cruz, Calif. on April 3, 2015. (KGO-TV)

SANTA CRUZ, Calif. -- Police are asking for the public's help in identifying a suspect who robbed a Santa Cruz bank Friday afternoon.

Dubbed the "Mrs. Doubtfire Bank Robbery" by Santa Cruz police, the suspect is believed to be a man who was dressed as a woman at the time of the incident.

The robbery was reported at about 3 p.m. Friday at a U.S. Bank in the 100 block of Morrissey Boulevard, according to police.

Police said the suspect was wearing a wavy blond wig, prescription glasses, navy blue scrubs and a light purple long-sleeved undershirt when he handed a note demanding money to the teller. No weapons were used and no injuries were reported, according to police.

Responding officers searched the area with assistance from the Capitola Police Department and the Santa Cruz County Sheriff's Office, but they did not locate the suspect.

About an hour earlier, the same suspect was seen in a Rabobank at 3110 Mission Drive in unincorporated Santa Cruz County. He was acting suspicious and possibly "casing" the premises, according to police.