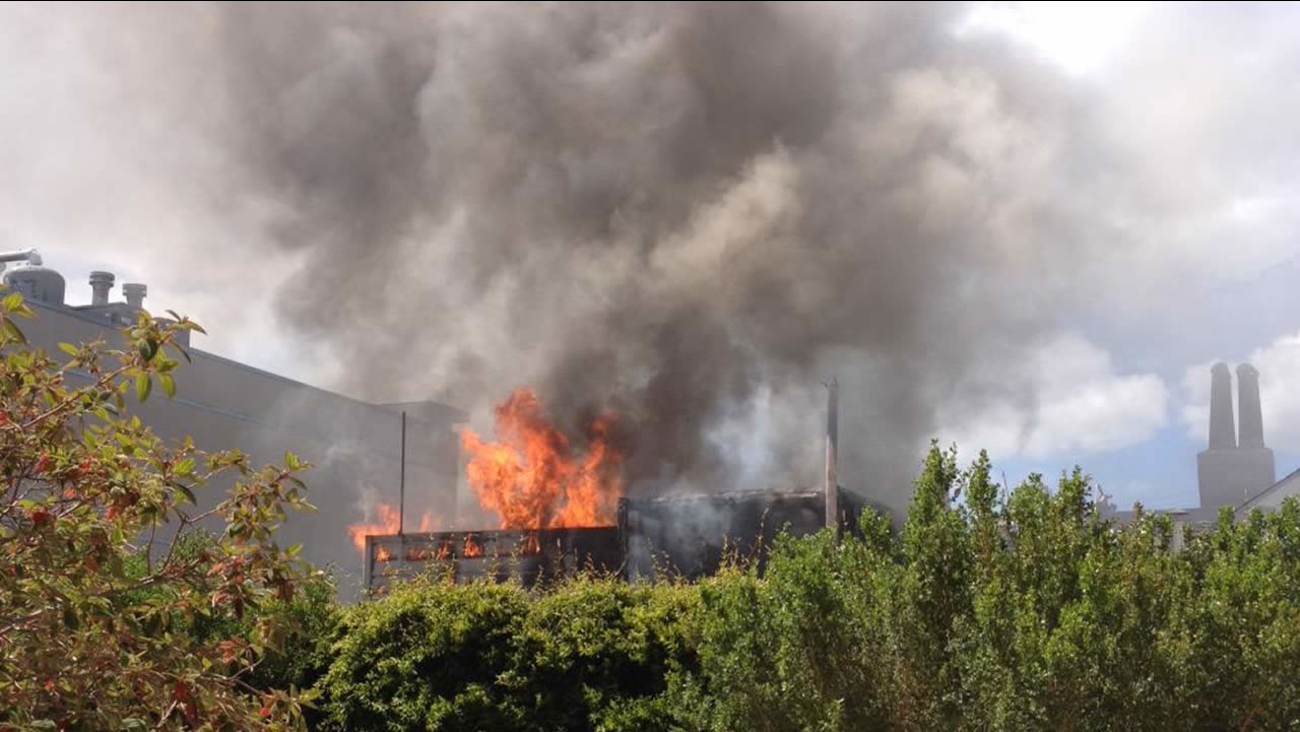 The blaze in the 500 block of Bartlett Street near Cesar Chavez and Mission streets was reported around 12:45 p.m., San Francisco fire spokesperson Mindy Talmadge said.

The fire was at a two-story residential building, It appears a majority of the fire was in the top floor at the rear of the building and spread to an attic, according to Talmadge.

Firefighters were concerned that a neighboring building would catch on fire but the blaze stayed in the building of origin, Talmadge said.

The blaze was under control shortly before 1:30 p.m., she said.

Talmadge did not know of any reported injuries.

The blaze might have started in a dryer, she said. The exact cause remains under investigation.