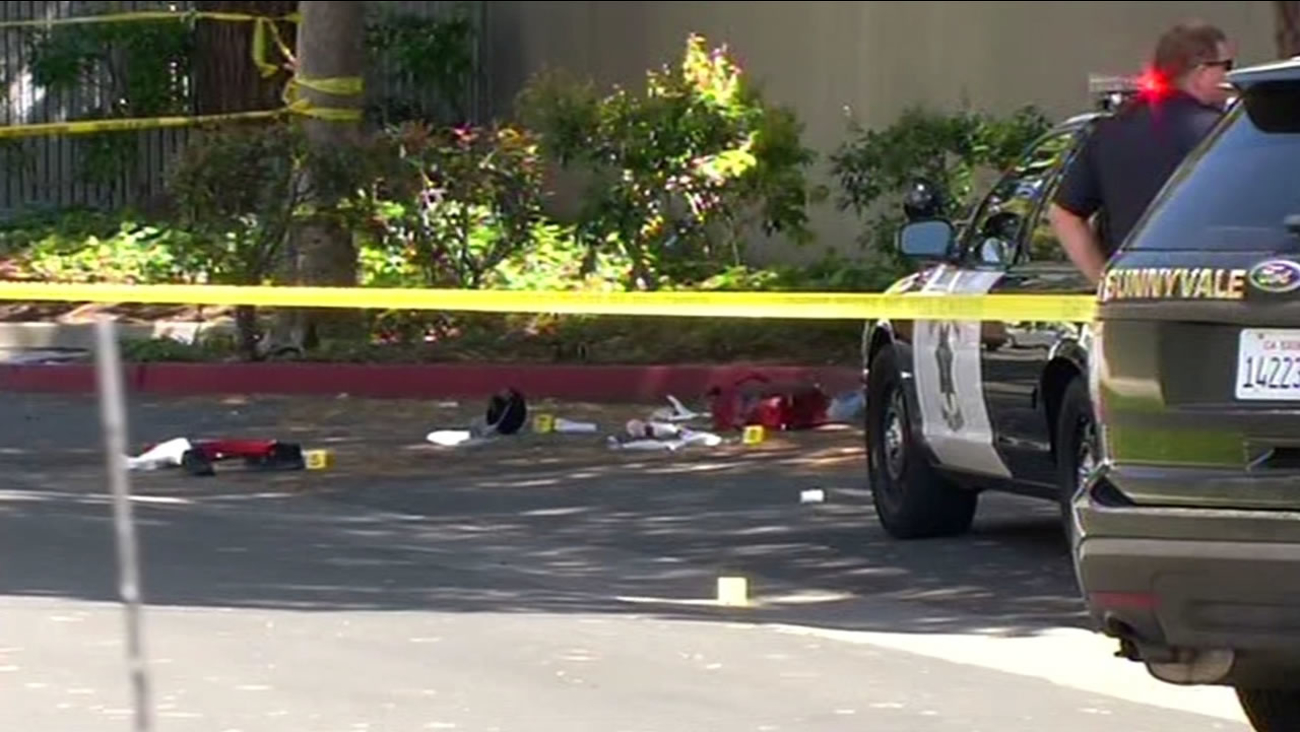 SUNNYVALE, Calif. (KGO) -- A public safety officer who shot and killed a liquor store robbery suspect in Sunnyvale on Wednesday was identified Thursday by the city's Department of Public Safety as Officer Benjamin Kroutil.

He shot the robbery suspect in an alley adjacent to a strip mall in the 1100 block of Tasman Drive Wednesday morning when the suspect allegedly advanced at him with a knife.

Kroutil was the first officer to arrive to a report of an armed robbery at 11:10 a.m. at the Grewalz Liquor & Groceries store at 1125 Tasman Drive, public safety officials said.

When Kroutil arrived, he found the suspect, a man in his 20s, in the alley and armed with a knife. Kroutil ordered the suspect to drop the weapon, but he did not comply and advanced toward the officer, according to the department.

Kroutil then shot and wounded the suspect. The alleged robber was taken to a hospital but died from his injuries there, public safety officials said.

The suspect's name has not been released. Detectives are continuing to investigate the shooting and are asking anyone with information to call (408) 730-7120.
Related topics:
sunnyvalecrimeofficer involved shootingrobberypoliceguns
Copyright © 2020 KGO-TV. All Rights Reserved.
More Videos
From CNN Newsource affiliates
TOP STORIES
Several Bay Area doctors named to state's COVID-19 vaccine committee